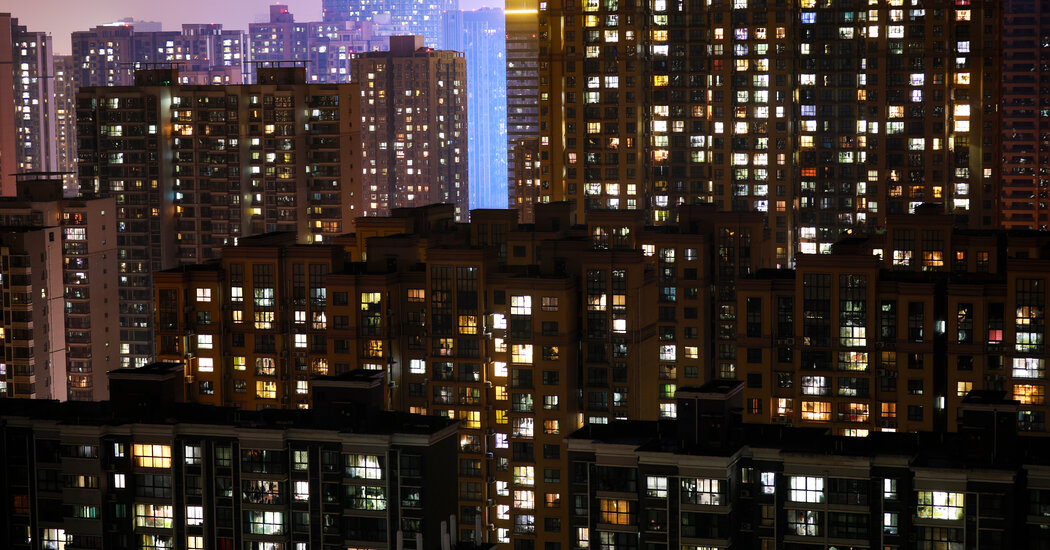 Every two days at the University of Xi’an in China, cleaners dressed in white hazmat suits taped tight to their bodies disinfect the dormitory hallways. Zhang Shengzi, a 24-year-old student, said the smell is so pungent she has to wait some time after they’ve gone before she will open her door again.

She can barely leave her room, let alone campus, and all her classes are online.

Ms. Zhang’s university, like the rest of Xi’an, has been under a citywide lockdown since Dec. 22. It is the longest lockdown in China since the first one in Wuhan, where the coronavirus outbreak began almost two years ago.

In scenes recalling the early days of the pandemic, hungry residents have traded coffee for eggs and cigarettes for instant noodles. A pregnant woman and an 8-year-old boy suffering from leukemia are among those who have been denied medical care. People in need of lifesaving medications have struggled to obtain them.

China’s ability to control the virus has come a long way since the pandemic started: It has inoculated nearly 1.2 billion people and set up a nationwide electronic health database for contact tracing.

Yet it has continued to rely on the same authoritarian virus-fighting methods from early 2020, including strict quarantines, border closings and lockdowns. These have led to food and medical shortages and growing questions about how much longer its zero-Covid strategy, the last in the world, can continue.

Despite the frustration, the authorities in Xi’an on Wednesday declared the city’s battle with the virus a victory. Fourteen days into the lockdown, city officials said that Xi’an had achieved “zero Covid on a societal level,” though its 13 million residents remained unable to leave home.

“The district security guards are like prison guards and we are like prisoners,” said Tom Zhao, a Xi’an resident. Mr. Zhao, 38, said he had joined dozens of chat groups last week searching for anyone who could help him find medicine for his mother, who has early-stage diabetes.

Even big multinational companies in the city have been affected. Two of the world’s largest memory chip makers, Samsung and Micron, said they have had to adjust operations at their manufacturing bases in Xi’an because of the restrictions, potentially roiling the already fragile global supply chain.

Xi’an has reported 1,800 cases in its latest outbreak, stunningly low compared with the daily case count in the United States. And as the world struggles to contain the spread of Omicron, in China officials have reported only a few local cases of the variant, and none in Xi’an.

The authorities are nevertheless worried, in a country that has stridently stuck by its zero-Covid policy — and held up its success fighting the virus as proof that its authoritarian style of leadership saves lives.

The Beijing Winter Olympics and the Lunar New Year holiday are a few weeks away, and China’s vaccines appear to be less effective than their Western competitors, particularly against variants. The country has yet to approve mRNA technology for its vaccines, and while booster shots are now widely available, their takeup in the country has been slower than the initial jabs.

“The Xi’an epidemic is the most serious after Wuhan was shut down,” said Zeng Guang, a Chinese epidemiologist who visited Wuhan in the early days of the pandemic and was quoted in state media on Wednesday. “People across the country should give Xi’an a lot of support, hoping that Xi’an will accumulate new experience in epidemic prevention.”

So far, the experiences have been grim. Tens of thousands of people have been relocated to centralized quarantine facilities to stop the spread. Several top city officials have been fired, and the head of Xian’s big data bureau was suspended.

On Tuesday, the vast health code system used to track people and enforce quarantines and lockdowns crashed because it couldn’t handle the traffic, making it hard for residents to access public hospitals or complete daily routines like regular Covid testing.

Many were incensed when a woman in the city, eight months pregnant, lost her baby after she was made to wait for hours at a hospital because she was unable to prove she did not have Covid-19. (The authorities responded by firing officials and requesting an apology from the hospital.)

Days into the lockdown, residents began to post on social media about how hard it was to get groceries or order food. After being reassured by officials that it was unnecessary to stock up, residents across the city were caught off guard when an initial policy allowing one member of each household to leave every two days was eliminated.

Officials later acknowledged the mistake and quickly posted images of volunteers delivering groceries. But by then, residents were already complaining online that officials had put the pursuit of eliminating the outbreak above the well-being of citizens.

Mr. Zhao, who moved in with his parents ahead of the lockdown to help take care of them, watched as their neighbors bartered for food. Several days ago, officials came in trucks to deliver vegetables, announcing their arrival on loudspeaker. Mr. Zhao and his parents received two plastic bags: a white radish, a head of cabbage, three potatoes, a carrot and two zucchinis.

They fared much better than others.

Mr. Zhao said a friend who lived in a different district didn’t get any food, and that another told him that her building elevator was turned off except for one hour a day when residents were allowed to do compulsory testing and walk their pets.

As the situation worsened across the city, people posted videos and heartfelt appeals for help. “SOS,” wrote one resident whose father could not get medical care when he suffered a heart attack. He later died, according to a post from his daughter, who shared the story on Weibo, a major social media platform in China.

Zhao Zheng, the father of an 8-year-old boy with acute lymphoblastic leukemia, found himself battling with staff at several hospitals in Xi’an after his son’s Dec. 28 appointment was canceled. Each hospital asked for proof that he was no longer in quarantine and documentation that Mr. Zhao and his family had not recently been exposed to the virus.

“Nobody could issue this document for us at all,” said Mr. Zhao, 43, who until recently had owned a small construction company. Eventually, with the help of local reporters, Mr. Zhao and his wife were able to find a hospital on Jan. 2; their son is now undergoing weekly treatment.

Amid the outcry, the government this week created special “green channels” for pregnant women and patients with “acute and critical illnesses” to get medical care more easily.

By Thursday, top officials moved further to try to douse public anger. Liu Shunzhi, the head of the city’s health commission, apologized for the stillbirth and for wider problems during the lockdown. Sun Chunlan, a vice premier overseeing the central government’s efforts to contain Covid, ordered local health authorities to ensure there was no repeat of deadly delays in hospital treatment.

“It’s extremely painful that problems like this have occurred and we feel deep remorse,” said Ms. Sun, according to Chinese state media. “This has revealed sloppiness in prevention and control efforts, and the lessons are profound.”

To critics, the pain, suffering and confusion caused by the lockdown has made Beijing’s virus strategy appear increasingly unsustainable. “In this world, nobody is an island,” wrote Zhang Wenmin, a former investigative journalist who lives in Xi’an. Ms. Zhang, better known by her pen name Jiang Xue, published an account of her first 10 days in lockdown on social media.

“The death of any individual is a death of all,” she wrote.