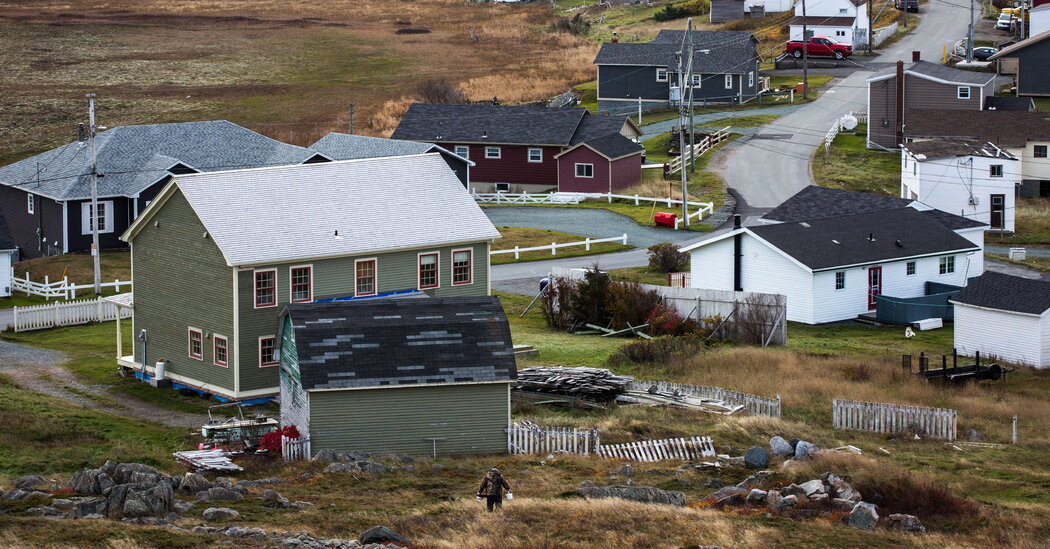 The beauty of the landscape is part of what has been drawing thousands of newcomers to the Atlantic provinces in recent months, many seeking rural idylls. Sometimes they’ve been inspired by “Schitt’s Creek,” the Emmy Award-winning Canadian series in which a formerly rich family finds a sense of purpose in a small, rural town they happen to own.

To try and understand the demographic shift, I headed to Bonavista, a quiet fishing village about three and a half hours from St. John’s. The town is famously featured in the Canadian version of the song “This Land is Your Land.” It owes its name to Giovanni Caboto, a freelance Venetian explorer who reportedly exclaimed, “O buon vista” (“Oh, happy sight!”) when he spotted the town in 1497.

In Bonavista, I met Barbara Houston, an artist born in Saskatchewan who had moved there from Vancouver, drawn by the painterly landscape, sense of community and the low cost of living. A successful former architect turned artist whose work has included sculptures of sheep made from kelp, she is building a sleek geometric home studio overlooking the sea for about 325,000 Canadian dollars. Such an affordable space would’ve be unimaginable in Vancouver, she said.

“I wanted to pursue my dream of being an artist,” she told me. “Here, everyone knows your name,” she said, adding that the open skies reminded her of growing up in Saskatchewan.

The arrival of dozens of “come from awayers” like Ms. Houston is helping to revitalize Bonavista’s economy after years of brain drain that followed the collapse of Newfoundland’s cod stocks. But there are also tensions, mainly over exploding housing prices. Ms. Houston also told me she was taken aback after a Pentecostal preacher at a church near her studio gave a “fire and brimstone” speech, blasted on outdoor speakers, condemning abortion and same-sex marriage.

Crystal Fudge, a Bonavista economic official who owns a local kombucha business, told me that Bonavista “felt like a dying town” when she was growing up. These days, however, newcomers from Saskatchewan, Toronto and the United States drop by to buy her ginger kombucha. Her neighbors include an apothecary selling iceberg-infused soap mousse that reminded me of the shop owned by David Rose, the pansexual character played by Dan Levy on “Schitt’s Creek.”