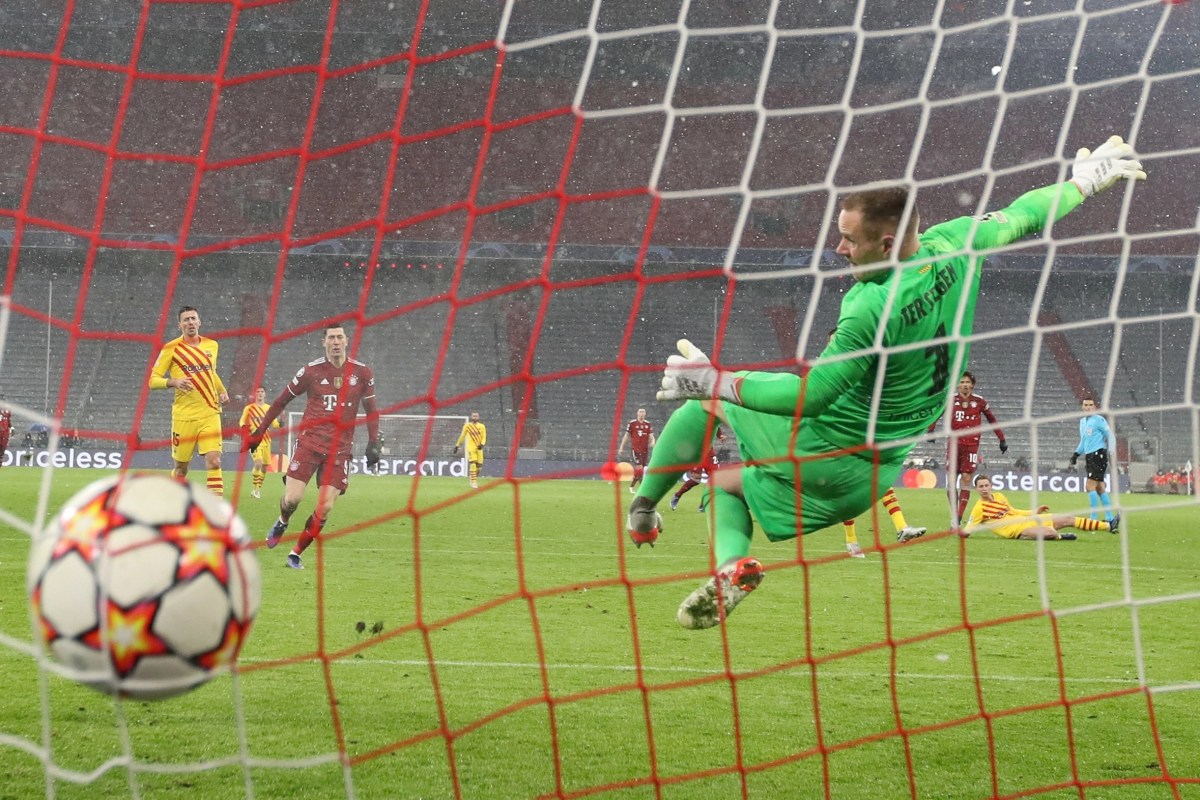 The German, 29, allowed compatriot Leroy Sane’s long-range effort slip through his hands just before half-time in the crunch clash away at Bayern Munich.

Sane, 25, collected the ball from Kingsley Coman 35 yards from goal with 43 minutes on the clock.

He touched the ball out of his feet and then let fly with his wicked left foot.

But despite catching it sweetly, the ball did not move much in the air and Ter Stegen made a mess of the save as it bounced off his arm and in.

The goal made it 2-0 to Bayern on a night where Barcelona needed a win to guarantee their place in the knockout stages.

Despite holding out for 34 minutes, they were undone for the first goal when Robert Lewandowski showed good feet before clipping across to Thomas Muller.

Muller stretched his neck and looped his header back across goal, going over the line before it was hooked clear – as confirmed by goal-line technology.

But events in Benfica, who led 2-0 after 22 minutes, meant they needed to hope for a dramatic comeback by Dynamo Kiev or overturn the deficit in the empty Allianz Arena.

Finishing third would see Barcelona drop into the Europa League where they could face the likes of Borussia Dortmund, West Ham or Leicester at some stage.