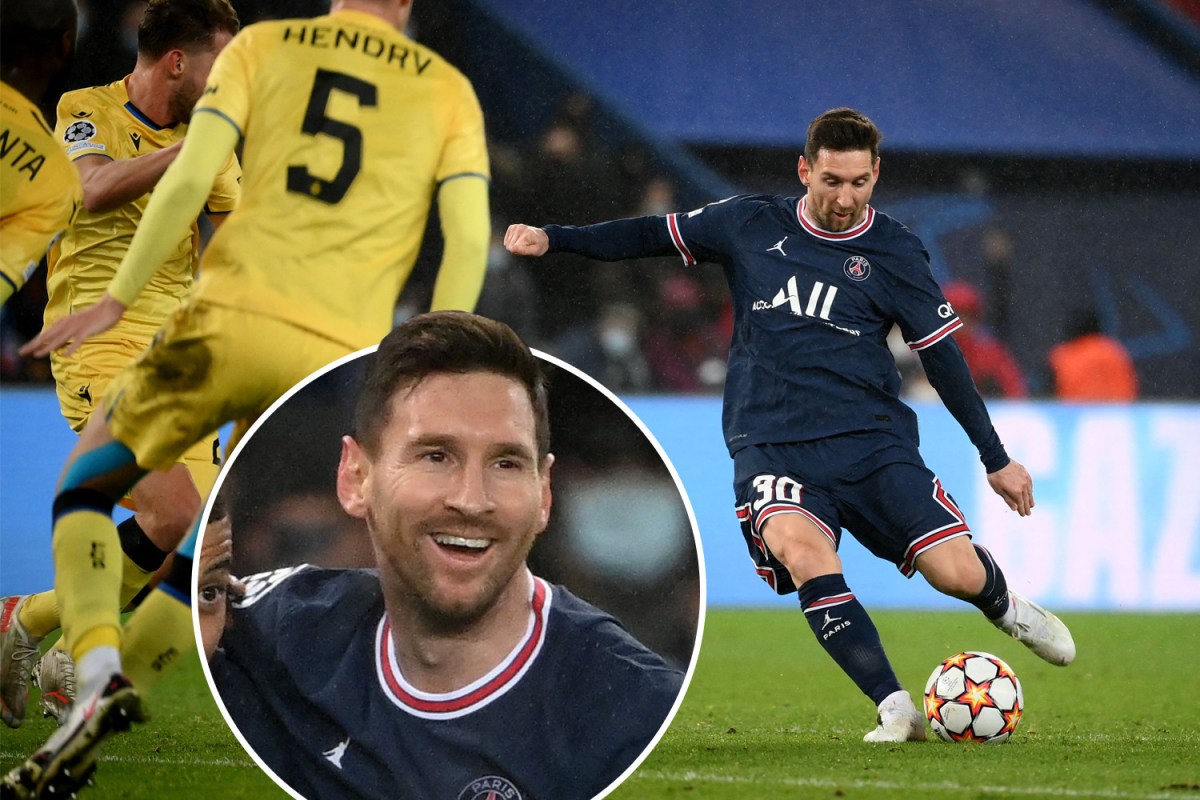 The Argentine hasn’t been prolific in Ligue 1 since moving to Paris, but has enjoyed himself in the Champions League.

Another incredible strike in the Champions League from Lionel Messi 😍

He netted his latest European goal as PSG ran riot in the opening 45 minutes against Brugge.

And it was a landmark 758th of his career – one ahead of Pele’s official total – although he trails Cristiano Ronaldo by 43 after the Portuguese netted his 800th and 801st career strikes against Arsenal.

Kylian Mbappe brilliantly nutmegged his defender and raced away down the left channel on the counter attack, with his side already leading 2-0 courtesy of his earlier double.

Messi, 34, then did the rest, producing a vintage moment.

He subtly shifted the ball onto his favoured left-foot, before dispatching the ball beyond a helpless Simon Mignolet.

FREE BETS: GET THE LATEST BETTING SIGN UP OFFERS AND FREE BETS

PSG went into the match with nothing to play for, with Manchester City having already won the group.

But Brugge went in desperate to better RB Leipzig’s result against City, in order to seal third position and a spot in the Europa League.

Messi’s strike was his fourth in five Champions League appearances this term.

This far outweighs his goal contribution in Ligue 1.

Domestically, Messi has scored just once in nine outings for his new club.

He swiftly added another, bagging from the penalty spot in the second-half as PSG ran out 4-1 winners.