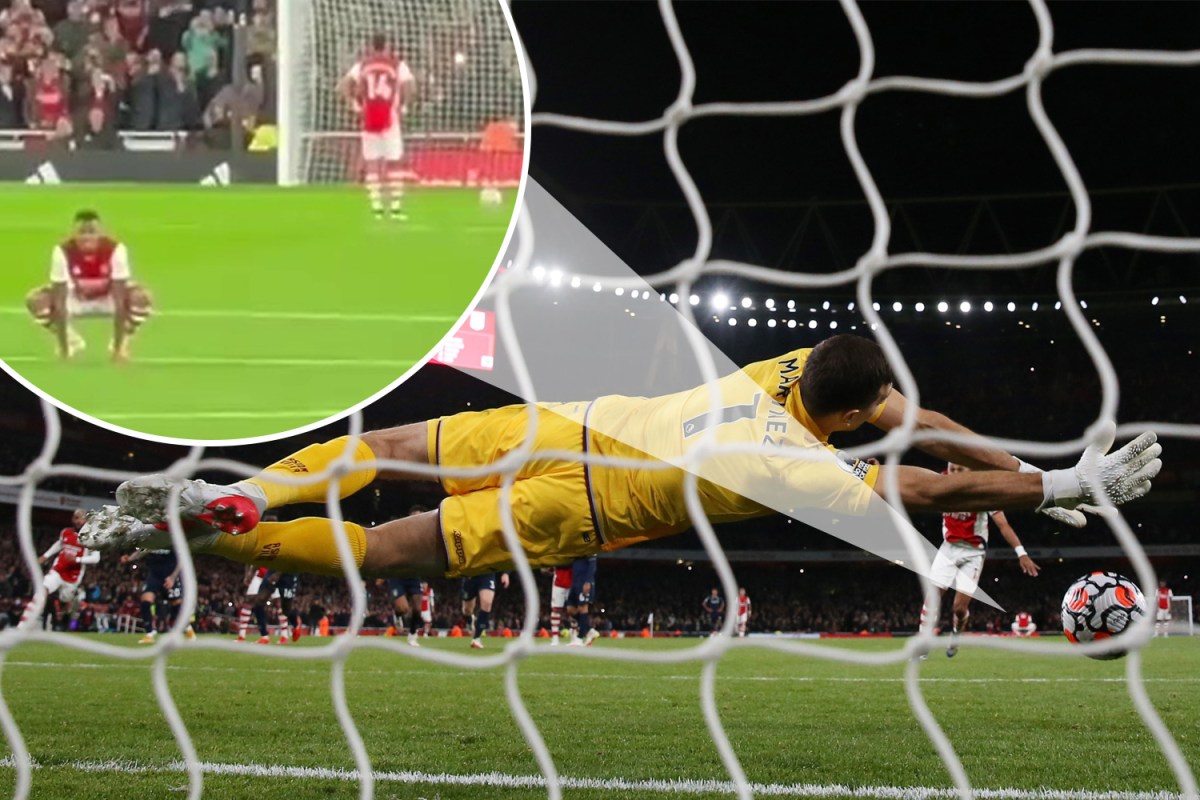 The Gunners were awarded the spot kick after a VAR review showed Matt Targett to have fouled Alexandre Lacazette in the area.

Aubameyang stepped up only to see his penalty saved by Villa keeper Emi Martinez.

Fortunately for the Arsenal captain, the ball fell kindly for him to tuck away the rebound.

Defender Gabriel, who was stood on the halfway line, missed the penalty as he had turned his back on the play.

But he turned around in time to see Aubameyang slot home at the second time of asking and give Arsenal a 2-0 lead at the break.

Reacting to the video, one fan said: “Man couldn’t watch and still ended up watching us score it.”

And another added: “Arsenal has ruined my guys confidence.”

Arsenal went on to win the game 3-1 thanks to a superb performance from young star Emile Smith Rowe.

He said: “Emile’s changed the way that he’s living a little bit as well and some habits that he had.

“When you want to take your game to the next level, when you become a really important player in such a big club, that should become the only priority and every detail is important and relevant.

“You have to make them aware of that – you cannot give percentages away that can make big differences.

“He’s changed that and credit to him and the staff here that are monitoring and trying to build that education with him. It will get only better.”

Arteta’s side are now unbeaten in six games in all competitions and beginning to find some momentum after a terrible start to the campaign.