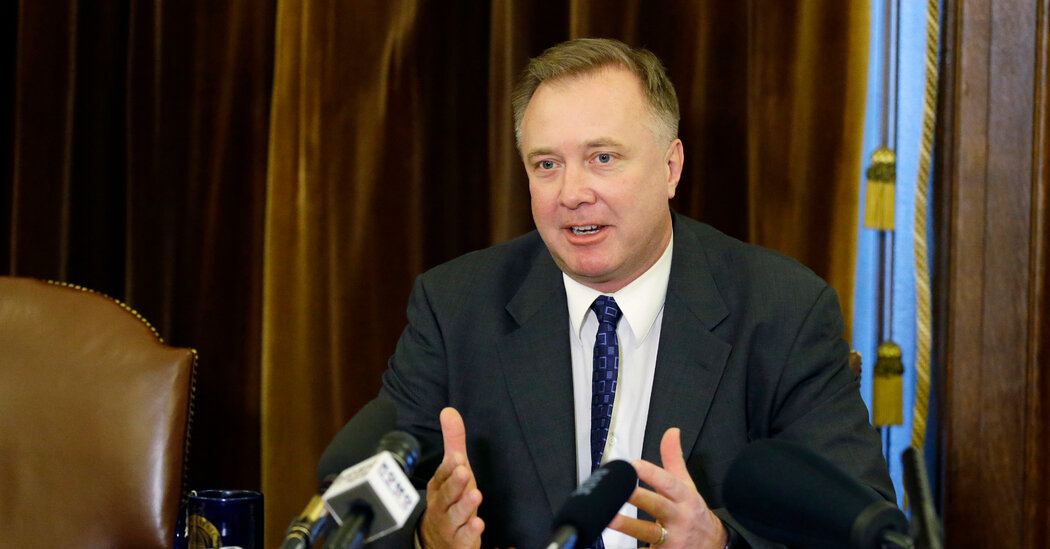 State Senator Doug Ericksen, a Republican who had led efforts to oppose Washington State’s Covid-19 emergency orders and vaccine mandates, has died after his own battle with the illness. He was 52.

Last month, Mr. Ericksen wrote to his Republican colleagues in the Legislature, telling them he had tested positive for the coronavirus after traveling to El Salvador. He asked colleagues for help in getting monoclonal antibodies.

It’s unclear where Mr. Ericksen was when he died. Mr. Ericksen’s family said in a statement on Saturday that he passed away the day before.

“Please keep our family in your prayers and thank you for continuing to respect our privacy in this extremely difficult time,” the family wrote in a statement shared by the State Senate’s Republican caucus.

Mr. Ericksen, who represented much of Whatcom County, had served in the Legislature since 1999, becoming a prominent conservative voice and an early backer of Donald J. Trump’s presidential campaign. Over the pandemic, he led efforts to combat Gov. Jay Inslee’s coronavirus restrictions, introducing legislation that would have prohibited vaccine mandates and calling for the governor to resign.

“Washington State is No. 1 in government coercion,” Mr. Ericksen said in a statement last month.

It’s unclear whether Mr. Ericksen had been vaccinated.

State Senator Reuven Carlyle, a Democrat, wrote in a message on Saturday that he and Mr. Ericksen had attended the same high school and then had served together for years as leaders on the State Senate committee focused on environmental, energy and technology issues.

“Our policy battles were tough and difficult, but we respected one another’s fierce devotion to serving the public and our communities,” Mr. Carlyle wrote. “Our friendship found ways to rise above political differences.”