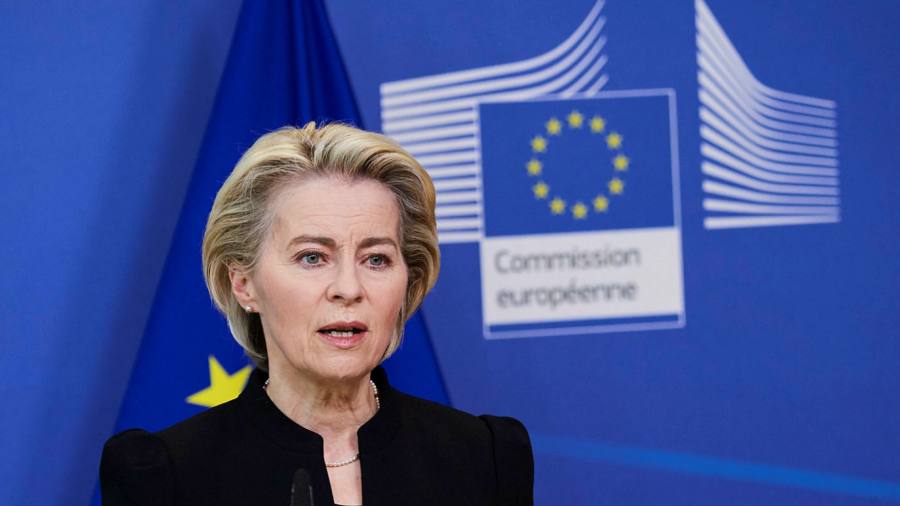 The European Commission president has said she is increasingly optimistic that Europe will unblock long-delayed legislation this year aimed at boosting women’s representation in corporate boardrooms.

Ursula von der Leyen told the Financial Times she is ready to work with France to push for the proposed directive during the six-month period of Paris holding the rotating EU presidency. She added that she is hopeful of Berlin dropping its previous opposition now that a new coalition government has been formed.

Von der Leyen said lawmakers should aim to settle the directive in the first half of the year if possible, and a deal could “definitely” be done at some point in 2022. “It’s time to move forward with this file,” she said. “It’s been sitting on the shelf for ten years now, but in these ten years there has been a lot of movement and learning.”

The commission first proposed the directive on gender balance in boardrooms in 2012, but it has been stuck in the council of ministers because of opposition from a number of European countries including Germany and some Nordic and Baltic states. They argue that the matter should be dealt with at a national rather than EU-wide level.

Germany has its own domestic system, having set boardroom gender quotas for supervisory boards half a decade ago and broadening the regime to cover management boards last year. Norway was the first European country to introduce boardroom quotas in 2008. If Germany shifts position it will bolster the directive’s prospects of receiving enough voting weight in the EU’s council of ministers. It already has cross-party support in the Parliament.

The proposed directive sets a target for 40 per cent of non-executive directors in listed companies to be women, with the possibility of a lower 33 per cent objective for single-tier management systems.

Under the rules, the target should be achieved via transparent selection procedures, and companies that fail to meet their targets would have to explain the reasons and report on the steps they will take. The directive does not set out sanctions, leaving these to member states, and it will not apply to small and medium-sized, or unlisted, companies.

The rules would affect a wide range of member states, given that only eight have so far adopted mandatory national gender quotas for listed companies, among them France, Germany and Italy. France currently has the strongest female representation in the boardrooms of the biggest listed companies’ at 45 per cent, according to the European Institute for Gender Equality, against a 30 per cent average for the EU as a whole.

An EU diplomat said it was safe to assume that Berlin is now taking a “fresh look” at its position following the formation of the coalition between the Social Democrats, the Greens and liberals.

I have learnt that, to have a critical threshold of women on boards, you need a legal [framework] nudging companies in the right direction

Von der Leyen is set to meet European parliamentary lawmakers on Thursday morning. She said she had discussed the topic when she met with Emmanuel Macron, French president, and that Paris was “willing and determined” to embark on the initiative.

Von der Leyen said the evidence was “overwhelming” that companies with boardroom diversity were more successful and introducing legal requirements accelerated the pace of progress towards more gender-balanced representation.

She recalled that, as a young woman studying medicine, she had expected progress to happen naturally, but she later changed her view on the need for legal mandates.

“I have learnt that, to have a critical threshold of women on boards, you need a legal [framework] nudging companies in the right direction,” said Von der Leyen.

“If we look at the EU overall . . . and at the challenges ahead of us, we need all the width of talents we have, and of course for that we need to open up for women in leadership positions.”