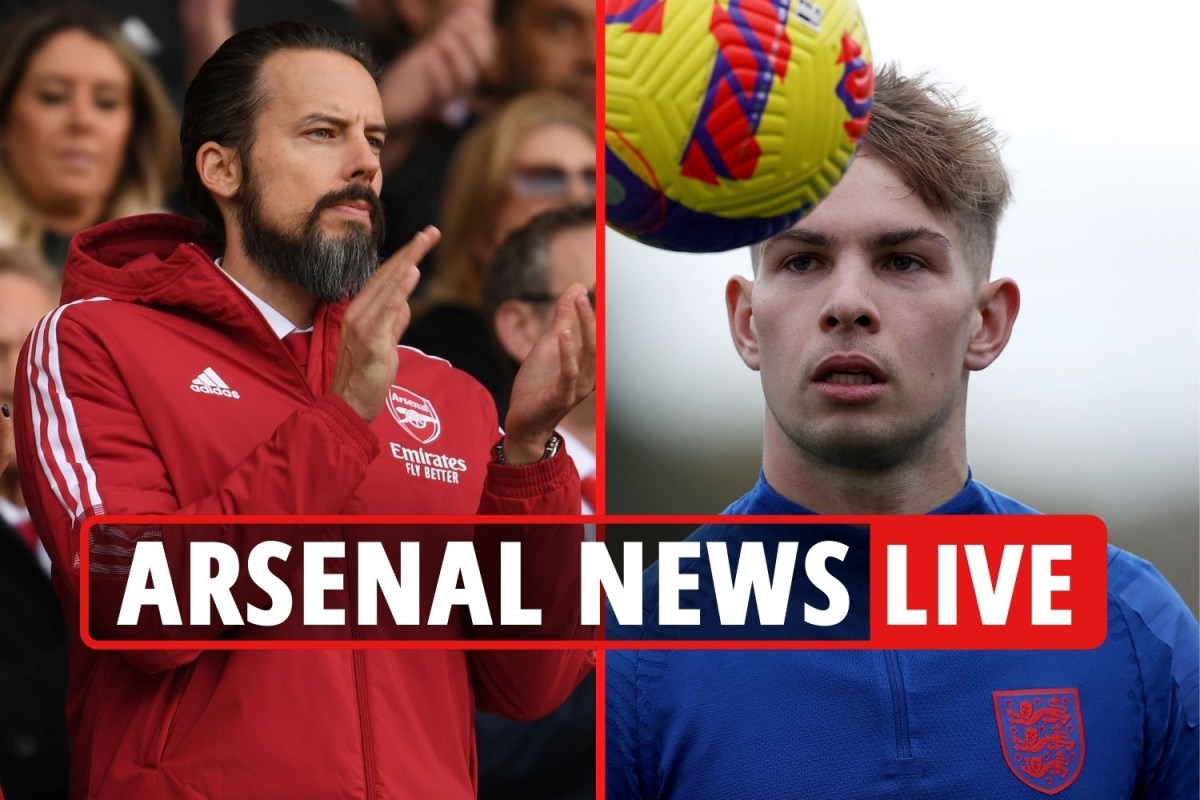 Emile Smith Rowe has broken into the England squad after ditching Nando’s, chocolate bars — and his mum’s cooking.

Arsenal have dispatched a personal chef to the home Smith Rowe shares with his mother Fiona, who has been elbowed out of her own kitchen to improve her son’s diet.

Gunners boss Mikel Arteta claims his No10’s outstanding recent form — five goals in his last eight games — has been down to an improvement in his lifestyle.

And Smith Rowe, 21, admitted: “I think he was talking about my diet. I didn’t used to eat that well. I used to get cramp after 60 minutes.

“I wasn’t eating great, I wasn’t drinking that well, before games I wasn’t really that hydrated but since then I’ve tried to focus so much on it.

“There’s loads of stuff we should be drinking before a game but before I was a bit too lazy.

“It was mainly my diet, nutrition and stuff like that. That’s really helped me. The club have sorted me out a chef, Chris, and he comes to my house every day.

In transfer news, there are currently no talks ongoing between Dušan Vlahovic’s agents and Arsenal’s board, according to Fabrizio Romano.

The Gunners are believed to be one of several clubs chasing the Serbian.

Vlahovic is out of contract in 2023 and Fiorentina reportedly want between £65-75million to let him go.

Elsewhere, Mikel Arteta has explained how Arsene Wenger inspired him to become a manager.

“He was incredible. What he built for the football club, he’s gone down in history.

“He completely transformed the club and gave it a different dimension.

“And for me personally I have so much gratitude because if not for him I would not be in the position I am in today.

“I was still young and had my ideas but he was a different level of inspiration on how I look at the game.

“He put different questions marks on me and after that I started to study and take coaching much more seriously.”