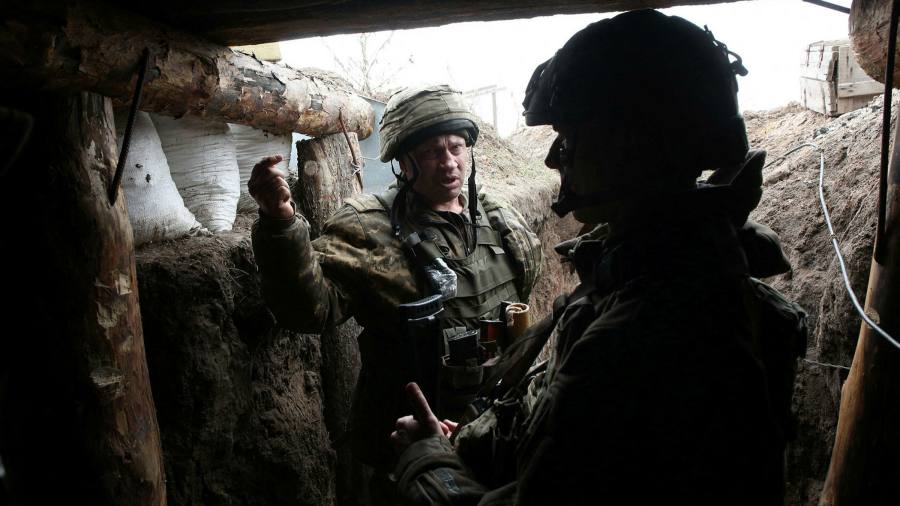 The US has warned Moscow that military aggression against Ukraine would be a “serious mistake” following western intelligence that showed a Russian troop build-up at the Ukrainian border.

Speaking to reporters on Friday, Antony Blinken, US secretary of state, said Washington was “very concerned about the irregular movements of forces that we see on . . . Ukraine’s borders”.

“It would be a serious mistake for Russia to engage in a repeat of what it did in 2014,” he added, referring to Moscow’s annexation of the Crimean peninsula from Ukraine.

The warning came after Washington and Kyiv briefed EU allies this week that the troop surge could indicate preparations for a Russian invasion of Ukraine. Moscow has been fuelling a proxy separatist war in the country’s eastern region of Donbass. Kyiv says the conflict has killed more than 14,000 people.

Dmitry Peskov, the Kremlin spokesman, on Friday dismissed those concerns, saying that Russia was “not a threat to anyone”.

“We have repeatedly said that the movement of our armed forces on our territory should not be of concern to anyone,” he added.

In a statement released on Friday, France’s foreign and defence ministers, Jean-Yves Le Drian and Florence Parly, expressed similar specific concerns about a Russian military attack on Ukraine after meeting their Russian counterparts in Paris.

“The two ministers expressed their concerns about the deteriorating security situation in Ukraine and clearly warned of the serious consequences of any further possible damage to the territorial integrity of Ukraine,” the statement said.

A senior EU official said the bloc had asked Russian authorities for information about the troop build-up, after having been informed by US officials on developments in the past week.

“We are again seeing a build-up [of troops] and are consulting with our partners in the US and UK on their assessment. This is a worrying development and we are following with concern,” the official added.

An adviser to Ukrainian president Volodymyr Zelensky told the Financial Times on Friday that Ukraine’s defence minister Oleksiy Reznikov is travelling to Washington early next week for further consultations.

“The real question is what will the US and Nato do to deter any such planned Russian aggression,” the adviser added.

Ukraine has asked the US for urgent security support, including intelligence sharing, or air defence systems, “or anything”, said Dmytro Kuleba, Ukraine’s foreign minister, on Wednesday after meeting Blinken in Washington.

The Biden administration is concerned that Moscow’s intentions towards Ukraine could derail tentative US-Russia talks on cyber attacks and arms control. Bill Burns, CIA director, led a US delegation to Moscow this month to discuss Ukraine, among other subjects.

Meanwhile, relations between Russia and the EU have been strained in recent months over what European policymakers have said is Moscow’s refusal to make additional gas supplies available amid a continent-wide shortage and record prices.

Tensions were exacerbated this week when the EU accused Russian ally Belarus of deploying “gangster” tactics on its border with Poland, encouraging migrants to travel to the area in order to provoke instability on the EU’s borders.

Russia has sent two strategic bombers on patrol missions to Belarus, the Russian defence ministry said on Thursday, and launched joint military drills in the country, close to the Polish border.