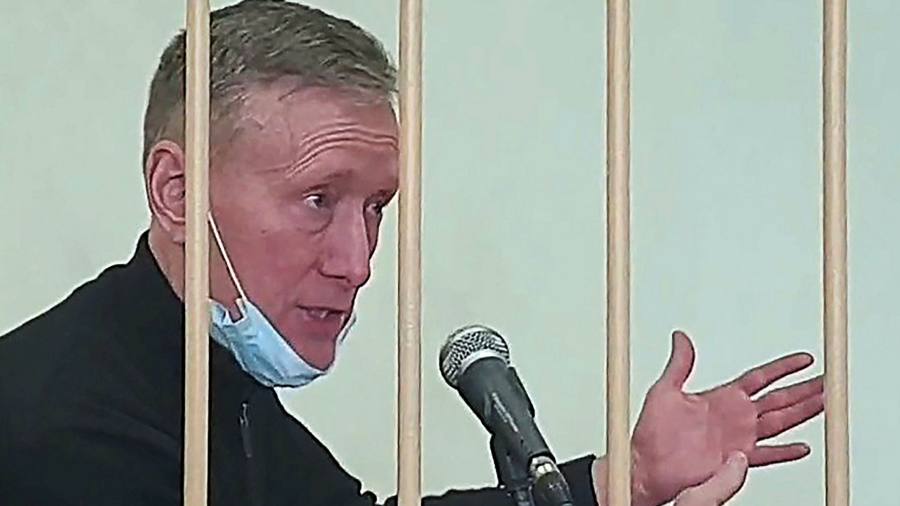 A US-born businessman who has operated in Russia since 1999 has been jailed by a St Petersburg court on suspicion of fraud, in a sign of the increasing judicial threat hanging over both national and foreign executives.

Prosecutors allege August Meyer defrauded state-run Sberbank, Russia’s largest bank, of more than Rbs2.4bn ($32.5m) that it loaned to his now-defunct ecommerce site Ulmart. Meyer, who said in court that he holds passports from Russia, Malta and Saint Kitts, received a two-month prison sentence before his trial. He has denied the charge.

In recent years, longtime investors in Russia such as Meyer have proven to be as vulnerable to prosecution as their Russian-born counterparts, under what regime critics have said was widespread abuse of the judicial system.

Putin has acknowledged the problem, saying on Thursday that “putting people behind bars in a cell is often completely unjustified”.

Michael Calvey, a US private equity investor, was held in jail for two months on similar fraud charges in 2019, before being given a suspended sentence earlier this year.

The charge against Meyer, who moved to Russia in 1999 to open a museum in honour of libertarian firebrand Ayn Rand before going into business, stem from a long-running shareholder dispute that destroyed Ulmart. Once Russia’s largest ecommerce business, the company filed for bankruptcy last year.

Meyer’s business partner Dmitry Kostygin, a former Rand translator, spent a year under house arrest for allegedly defrauding Sberbank of Rbs1bn, before he was released on bail in 2018 and the charges against him were downgraded. A court ordered Ulmart to repay the loan in 2019 and fined it Rbs338m. Kostygin has denied the charges.

Sberbank said: “Investigators establish the circle of suspects and defendants independently from the bank. We are sure that law enforcement takes balanced and objective decisions. For its part, the bank will continue to seek repayment of the debt in accordance with the law.”

Meyer is no stranger to Russian corporate disputes. He made more than $1bn from the sale of his stake in St Petersburg-based hypermarket chain Lenta to TPG and VTB Capital, following a bruising shareholder battle in 2011.

Titov told reporters on Thursday that Meyer’s charge was “dictated by investigators’ desires to artificially speed up the case [against Kostygin] and put more pressure on the defendants”, according to Interfax. “There was no basis for holding him in pre-trial detention,” he said.