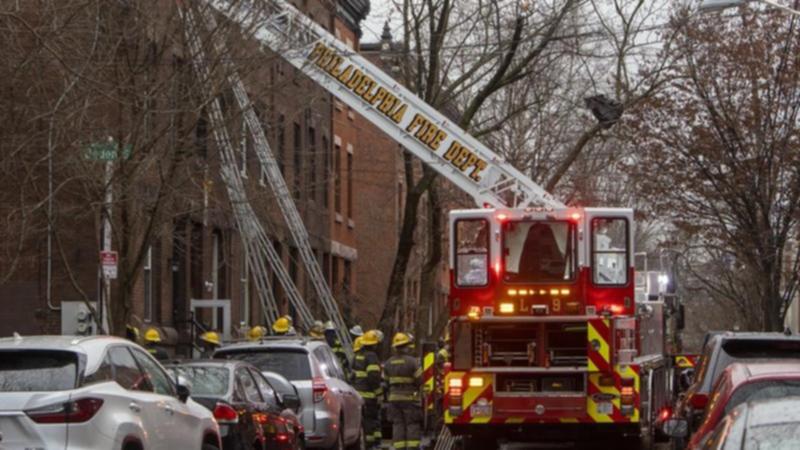 At least 13 people, including seven children, have been killed in an early morning fire in a US apartment building after smoke detectors failed to go off, the Philadelphia Fire Department says.

Firefighters arrived about 6.40 am on Wednesday and fought for about 50 minutes to control the blaze on the second floor of the three-storey row house in the city’s Fairmount neighbourhood, owned by the city’s public housing authority.

Eight people managed to escape the building through one of the two exits and seven children were among those killed, Philadelphia Deputy Fire Commissioner Craig Murphy told reporters at a nearby news conference.

Officials did not give the children’s ages.

Nearby, fire trucks were still parked outside the red-brick building, its facade blackened, its windows smashed out and dark.

“It was terrible,” Murphy told reporters.

“I’ve been around for 35 years now and this is probably one of the worst fires I’ve ever been to.”

A child and an adult were taken by paramedics to nearby hospitals.

There were four smoke detectors in the building but they failed to activate, fire officials said.

There were conflicting accounts as to when the smoke detectors were last inspected.

The fire department said they were last inspected in 2020.

Dinesh Indala, executive vice president at the Philadelphia Housing Authority, told reporters the last annual inspection was in May 2021.

He said there were six functioning detectors at the time of the May inspection, not four.

He said he did not know why the detectors did not go off.

The building was converted to house two families, Indala said, and 26 people lived in the building.