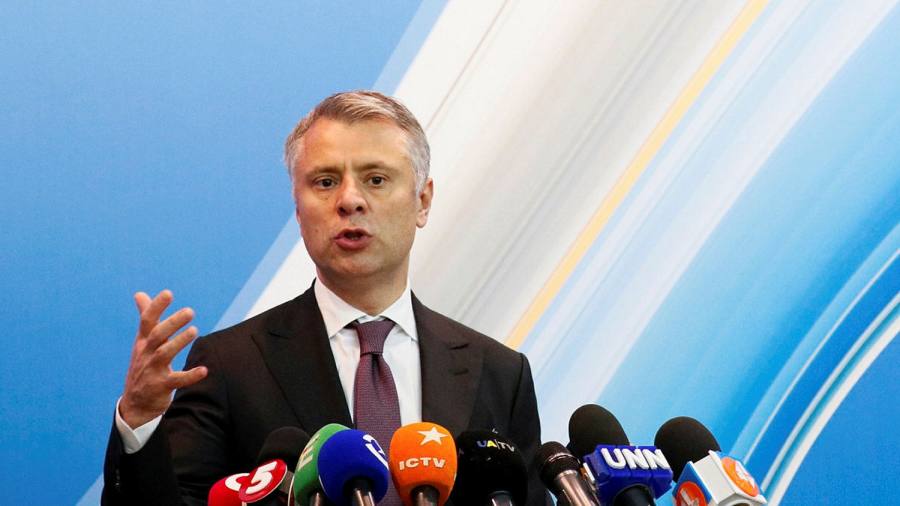 Europe risks giving into Russia if Germany approves the Nord Stream 2 pipeline as a condition for more supplies from Moscow, the head of Ukraine’s state energy company has said.

Yuriy Vitrenko, chief executive of Naftogaz, said in an interview with the Financial Times that Russian president Vladimir Putin was using gas as a “geopolitical weapon” by insisting any extra supplies go via the $10bn pipeline, which bypasses Ukraine to supply Germany directly via the Baltic Sea.

“If anyone has any doubts about it, then Putin is telling everyone to their face: ‘You allow NS2 to become operational or you won’t get any more gas’,” Vitrenko said.

“He wants to reverse the clock and go back to the situation that we had 10, 20, 30 years ago . . . to negotiate special conditions with politicians of different countries.”

As gas prices have soared to record highs in the past two months, markets have moved frequently in response to comments from Moscow in the hope that Gazprom, Russia’s state-run gas monopoly, will increase supplies to Europe.

Russia is concerned that NS2 could be a victim of coalition negotiations over a new German government — likely to include the Greens, a strident opponent of the pipeline — and wants to ensure its swift launch by refusing to increase supply volumes through existing routes, according to current and former officials.

Vitrenko is leading Ukraine’s last-minute push to stop NS2 by trying to force the US and EU to admit that Russia is using it to weaken Ukraine by depriving Kyiv of valuable transit revenue and increasing Europe’s dependence on Moscow’s gas.

As part of a bilateral agreement on NS2 reached in July, Washington and Berlin vowed to impose sanctions on Russia if its energy policies endangered Ukraine and other allies in Europe.

Gazprom and Russia have denied using NS2 to apply pressure.

Vitrenko said Russia was already weaponising NS2 and gas supplies by choking gas supplies to Europe in past months. But the pipeline cleared a bureaucratic hurdle this week when Germany’s economy ministry said its certification would not threaten Europe’s gas supply.

Ukraine is worried the push to approve NS2 signifies a lack of determination in Europe to back Kyiv’s pro-western aspirations.

Vitrenko repeated concerns in Kyiv that NS2 would make Ukraine more vulnerable to a full-scale Russian invasion by removing a deterrent for Moscow not to act.

“[If] there will be no physical transit going through Ukraine, it increases the chances of a full-scale war between Russia and Ukraine, with all the consequences of it,” he said.

Putin’s demands to Germany and a parallel push for political concessions in negotiations over a new gas contract with a pro-EU government in Moldova were already grounds for triggering sanctions deep enough to stop the NS2 project, he added.

Were supplies via NS2 to begin, Vitrenko added, “Putin will probably send some gas through it, but he will say, ‘Look, if you want to have any more, I need long-term contracts.’ It’s like having hostages: we can release one or two, but until the list of our requirements is satisfied, we will still keep some other hostages.”

Vitrenko said Germany had a vested interest in the NS2 deal “and that’s why it’s difficult for them to recognise that it was a mistake”.