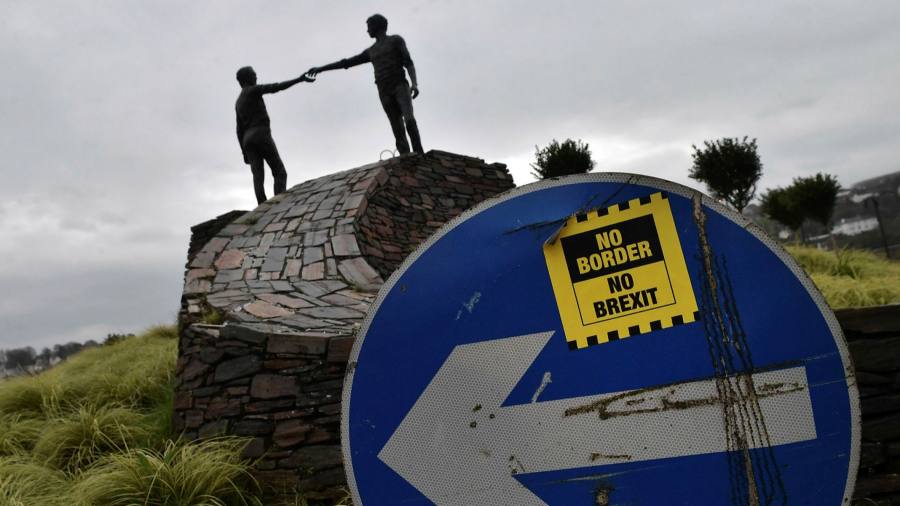 The British government was accused on Thursday of hardening the land border on the island of Ireland — a key sensitivity in Brexit negotiations — under planned changes to UK immigration rules.

The new regulations would require non-Irish EU nationals to obtain an electronic visa waiver to travel from the Republic into Northern Ireland, removing their right to free movement.

The requirement is contained in the nationality and borders bill, the UK government’s wide-ranging rewrite of the immigration and asylum system, which is primarily aimed at tackling the thousands of clandestine arrivals who cross the English Channel from France.

The legislation is in its final stages in the UK parliament; it has been passed by the House of Commons and looks set to be approved by the Lords.

Under the new rules, all EU nationals — apart from citizens of the Republic of Ireland — who would previously have had free movement into Northern Ireland will need a visa waiver called an Electronic Travel Authorisation (ETA). The rules will also apply to non-EU citizens.

While largely invisible, the land border is crossed by many people in nearby communities multiple times a day. Some people living in the Republic need to cross it simply to continue their journey south, and there are large multinational companies in Northern Ireland employing non-Irish EU staff.

The removal of checks at the border, which was heavily militarised during three-decades of sectarian conflict, was a cornerstone of the peace deal enshrined in the 1998 Good Friday Agreement.

The planned changes to the immigration rules come amid tense relations between the UK and the EU over attempts by London to try to soften the application of the so-called Northern Ireland protocol. This is the part of the Brexit agreement designed to protect the 1998 peace deal by addressing trading relations in Northern Ireland.

The protocol left Northern Ireland in the EU’s single market for goods in order to prevent the return of a north-south trade border on the island of Ireland. But it means there are some east-west customs checks on trade across the Irish Sea between the British mainland and the region.

The UK has threatened to trigger the Article 16 process that overrides post-Brexit arrangements for Northern Ireland but has stepped back as talks with Brussels continue.

The US, which helped broker the 1998 peace deal, is also concerned about the UK’s threats to trigger Article 16 and has delayed a deal to remove Trump-era tariffs on UK steel and aluminium as a result.

David Phinnemore, a professor of European politics at Queen’s University in Belfast, said while the UK government was complaining about the protocol putting a border in the Irish Sea for goods, the new immigration bill would do the same to people crossing the land border.

“In the debate around the protocol, people see an increased hardening around the east-west border without realising the fact that Northern Ireland is not part of the single market for services, capital or movement of people,” Phinnemore said. “So you’ve got a hardening of the border north-south as well as east-west.”

“My view is this is not workable,” Stephen Farry, an MP from the centrist Alliance party in Northern Ireland, told Ireland’s RTÉ radio.

“This is not about border controls on land border — the UK government has been clear on that point at least. But this does create this grey area because there is a very clear forthcoming legal requirement that begs question of how it is going to be enforced,” he said.