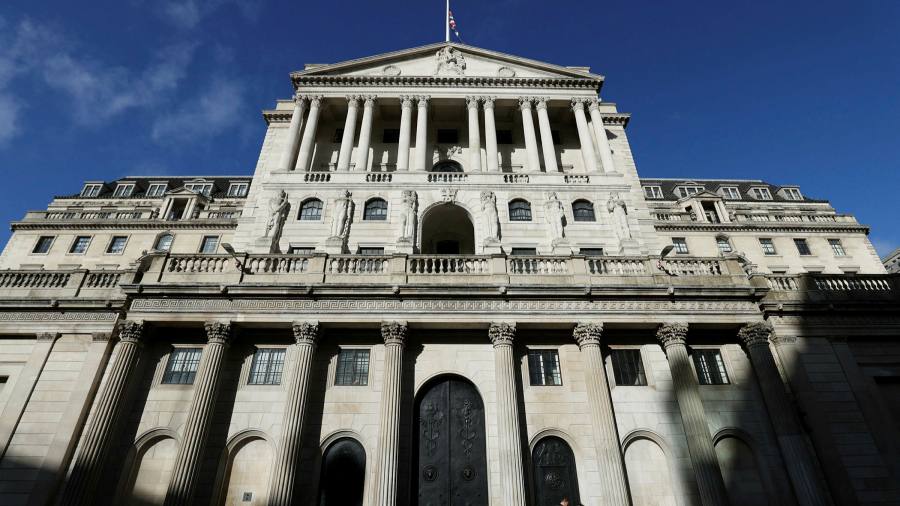 The UK has eased its timetable for implementing the latest global bank capital standards, but stopped short of the two-year delay recently announced by the EU, raising the prospect that British banks will be forced to comply sooner than their closest rivals.

The UK’s financial regulators said on Monday they would look to implement the latest Basel III banking standards “post March 2023”, without specifying a date. The rules, which mostly streamline how banks calculate their capital, were due to come into force globally in January 2023.

A planned consultation led by the Bank of England’s Prudential Regulation Authority on the implementation was also postponed from the final quarter of 2021 until the second half of next year.

Regulatory experts said the financial impact of Basel III on British banks was unclear since the UK had provided no detail on its approach to areas where national rulemakers have discretion, such as the amount of capital that banks have to set aside for potential defaults among corporate clients who do not have a rating from a credit-rating agency.

The EU has previously said the measures would drive a 9 per cent increase in capital requirements for its banks by 2030. The impact in the UK could vary greatly across big wholesale banks, like Standard Chartered, and more domestically focused institutions, such as Nationwide, since the rules could lead to higher capital demands for certain areas like lending.

The head of the Basel Committee for Banking Supervision, which created the regulatory package, recently told the FT there was a danger to global banks’ “level playing field” if jurisdictions implemented the rules at different times.

Rod Hardcastle, a regulatory expert at Deloitte, said that whether the UK ultimately matched the EU and implemented the standards in 2025 was “very definitely the $65,000 question”.

“When it was in the EU, the UK was one of the voices that was the strongest for sticking to the Basel rules and timelines. We don’t see any particular reason why the PRA’s . . . position on that would change,” he said. He added that it would be “quite a challenge” for the UK to implement the reforms significantly before the EU and US, which has not yet detailed its timeframe.

Jared Chebib, a regulatory expert at EY, said that if the UK’s implementation schedule was significantly different to that of the US or the EU, there would be obvious challenges for global banks headquartered in Britain. “They would be applying the rules to their consolidated operations at one point, and have to apply a potentially slightly different set of rules to their EU operations at a different point in time.”

In September, a senior Bank of England official warned that the UK’s work on the final Basel III package had been “somewhat delayed” by the pandemic. The Bank of England declined to comment on whether it would seek to align its timeline with that of the EU and whether it was concerned about disadvantaging its banks if it went sooner.