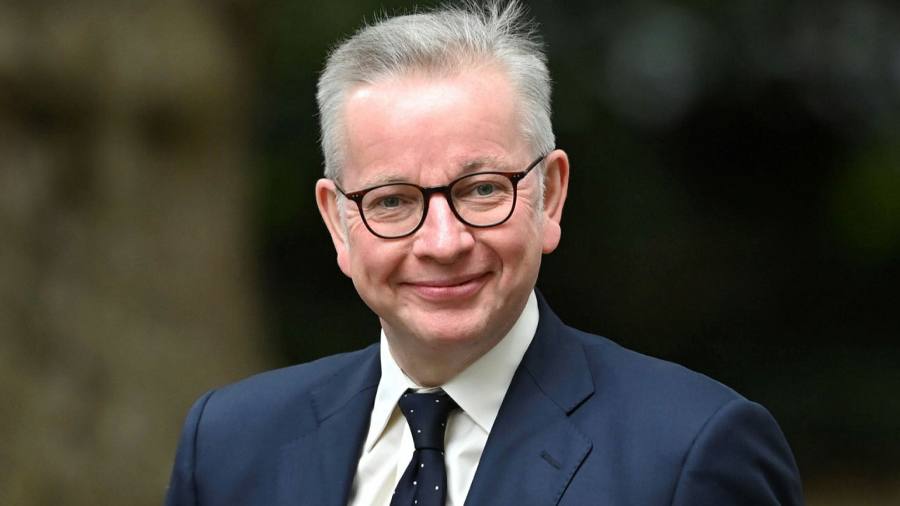 A senior UK cabinet minister said on Friday the government was “confident” that talks with the EU over the post-Brexit trading status of Northern Ireland could be resolved without a bust-up with Brussels.

Michael Gove’s comments came as the EU and UK both reported progress after a week of “constructive” talks in Brussels over how to settle the long-running dispute over the so-called Northern Ireland protocol.

Prospects for a deal were raised when Gove, housing minister and a former negotiator on implementing Brexit, said he did not believe Britain would have to trigger the Article 16 mechanism to suspend parts of the protocol.

Gove is among a number of cabinet ministers keen to avoid a potential trade war with the EU over the issue; chancellor Rishi Sunak has also warned of the economic consequences of such a dispute.

“I do believe that there is a constructive approach that’s being taken by the [European] Commission,” Gove said at a meeting of the British-Irish Council in Dublin.

Gove said that while Lord David Frost, Brexit minister, had signalled his willingness to use Article 16, “we’re confident that we’ll be able to make progress without it”. Gove was seen in Brussels as a much more constructive negotiating partner than Frost.

Frost has been instructed by Boris Johnson, prime minister, to make a renewed push for a negotiated agreement in the run-up to Christmas; combative language has been replaced by a more conciliatory tone.

Frost met Maros Šefčovič, commission vice-president, in Brussels on Friday to review the latest talks on the protocol, part of the Brexit deal intended to maintain an open border on the island of Ireland.

It does this by allowing Northern Ireland to remain in the EU single market for goods, but this requires checks on shipments crossing the Irish Sea between Great Britain and the region. The Brexit minister argues that the inspections demanded by Brussels are excessive.

Frost said on Friday that, while “significant gaps” remained between the two sides on most issues, the recent round of talks had been “intensive and constructive”.

He said that Article 16 remained “a legitimate” recourse for the UK government in the event that a negotiated agreement was not possible, but added that he wanted to “secure a solution based on consensus”.

Šefčovič said there had been enough progress to continue the talks but called for a “shift into a result-oriented mode”. He added: “It is essential that the recent change in tone now leads to joint tangible solutions in the framework of the protocol,” he said.

He said there had been “useful engagement at a technical level” on reducing customs controls by half. The biggest gap remains on agrifood checks. Sefcovic called for a “clear move towards us” by the UK.

“Identity and physical checks would be reduced by around 80 per cent compared to the checks currently required,” he said.

But the UK disputes that figure and is wary of allowing the EU control of production standards, a quid pro quo of the deal. London is also pushing for free movement of pets across the Irish Sea.