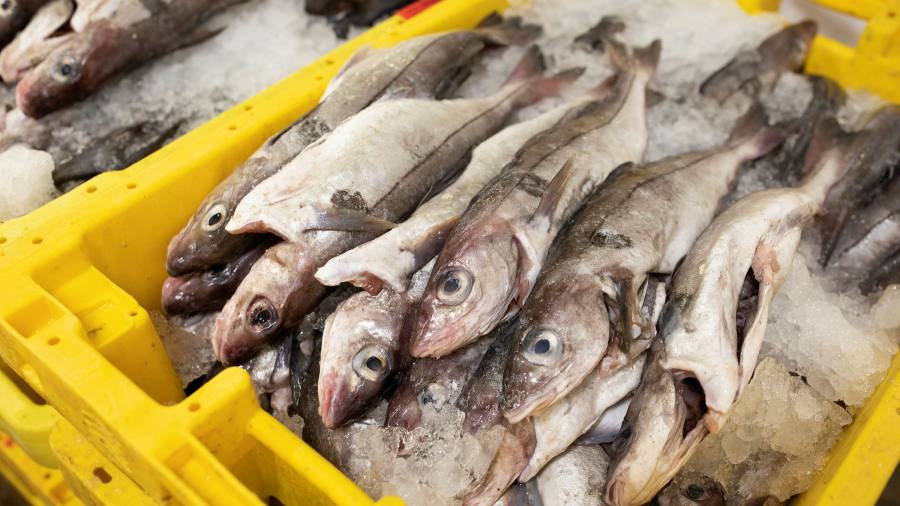 The UK and EU have struck a deal on sharing fish stocks in 2022, while a separate dispute with France over access for its boats in British waters continues.

The two sides on Wednesday decided on total catch levels of around 100 shared fish stocks in joint EU and UK waters, such as the North Sea and Irish Sea.

But environmental activists said they had broken a pledge to end overfishing. Jenni Grossmann, of Client Earth, said: “Just like in pre-Brexit times, they have continued to prioritise short-term commercial interests over long-term sustainability for both fish and fishers — perpetuating the dire state of these depleted stocks.”

The environmental law charity said only 40 per cent of stocks were fished sustainably.

Vera Coelho, senior director of advocacy in Europe for Oceana, said: “Certain fish populations, like west of Scotland herring, Irish Sea whiting or Celtic Sea cod, will continue to be overexploited in 2022.”

The deal concerns how much fish can be caught. The distribution of fishing quotas was already agreed when the UK left the bloc in January. The Trade and Cooperation Agreement (TCA) signed in 2020 ensures that the UK share increases by 25 per cent between 2021-26.

There were increases in some fisheries, such as North Sea prawns, but reductions in others, such as sole off south-west England.

British fishermen remain “frustrated”, said Barrie Deas, chief executive of the National Federation of Fisherman’s Organisations. “The TCA did not take us where we needed to be,” he said.

The extra stocks won from the EU after Brexit were in some cases fish that the UK industry did not want. Even where scientists sanctioned big increases, such as whiting and haddock, quota rises were more modest because of fears that endangered cod would be taken as by-catch from the same waters.

But Deas was glad a deal had been done before Christmas. Talks to decide catch totals for 2021 dragged on until June, forcing fishermen to adjust their catch in the second half of the year.

He said some fishermen would still be hit hard. “The UK government puts spin on the numbers. You need to look fishery by fishery. Some have increased, some reduced.”

“The balanced agreement made today provides a strong foundation as we seek to deliver more sustainable fisheries management, as set out in our landmark Fisheries Act.”

Eustice said the government would continue to hold discussions with the EU on sustainability and other issues.

Meanwhile, France and the UK remain locked in a dispute over access to coastal waters off the UK, Jersey and Guernsey. French ministers have said dozens of boats that historically fished there have lost their right to do so despite applying for a licence to continue.

France has threatened to ask Brussels to take legal action but has yet to do so, according to EU officials.

The European Commission said it was still establishing the facts. “We will examine together with the French authorities the legal circumstances around every requested licence which has not been granted.”