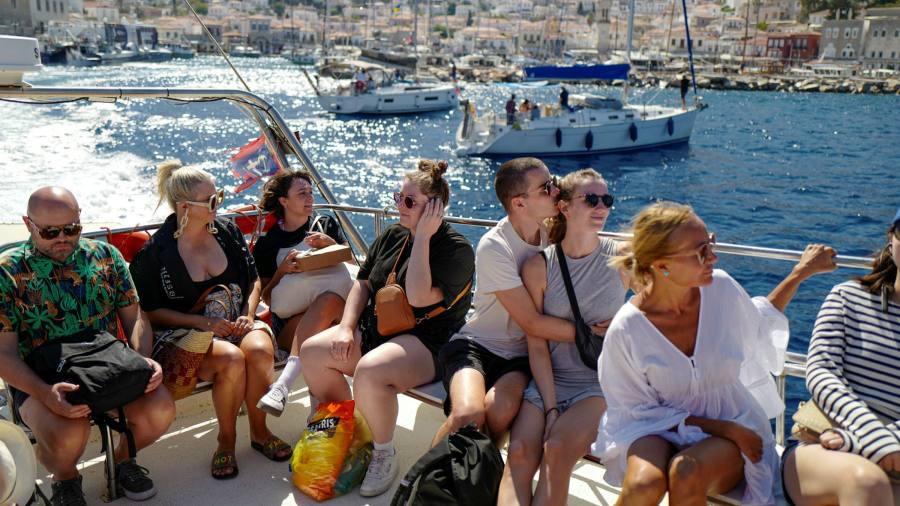 Airlines are preparing to lay on hundreds of thousands more seats between the UK and Greece next summer than they did in 2019 in the hope of a boom in foreign holidays as travel restrictions ease.

Jet2 and easyJet are among carriers that have added capacity to their pre-pandemic flight schedule for 2022. Jet2 said it had 1m more seats on sale between Greece and the UK than it had offered in 2019, while easyJet has plans to add about 500,000 more flight tickets to its schedule subject to space being made available at airports.

“Having met most of the tour operators and airline companies here in the UK . . . we are very, very optimistic about 2022,” said Vassilis Kikilias, the Greek tourism minister, speaking to the Financial Times at the World Travel Market conference in London.

Kikilias said that Greece was expecting 35 per cent more tourists from the UK next year than it had in 2021, equalling the record level of about 3.6m in 2019. He forecast that the “sun, sea and sand” season would start earlier than usual, in March.

The agreements between the airlines and the Greek government, with the tourism ministry helping to secure airport slots for planes in return for guarantees of inbound flights, are an indication of the travel industry’s faith in a strong bounceback in foreign travel next year.

Michael O’Leary, chief executive of Ryanair, has said he expects the recovery to hit full swing by next summer, when his airline will be operating more than 500 new routes across Europe.

“We are looking at very substantial growth next year,” he said.

Several tour operators including Tui, Europe’s largest, have said that reservations for holidays in summer 2022 have already surpassed the level of bookings at the equivalent point in 2019 with consumers choosing to spend savings from lockdown on higher grade accommodation and resorts.

Greece was one of the first European countries to reopen to international tourists following the first lockdowns in 2020. Tourism-related income makes up about 25 per cent of the country’s gross domestic product.

The UK is Greece’s second-largest inbound market after Germany but tight UK restrictions on travel this year forced many to holiday at home.

Kikilias, who was appointed to the tourism ministry in September having previously been health minister, said the country had taken a “calculated risk” in opening up early but that it had paid off with greater confidence from consumers that Greece was safe to travel to.

Greece had targeted 50 per cent of 2019’s passenger numbers and income in 2021, equivalent to between €5bn and €6bn in tourism-related spending, but the government said it had already reached 65 per cent of 2019’s income levels so far this year.

Wizz Air, Lufthansa and Ryanair are among airlines to have reported their first profitable quarter since the start of the pandemic in the three months to the end of September. IAG, the owner of British Airways, has forecast a return to profit in the second or third quarter of next year.