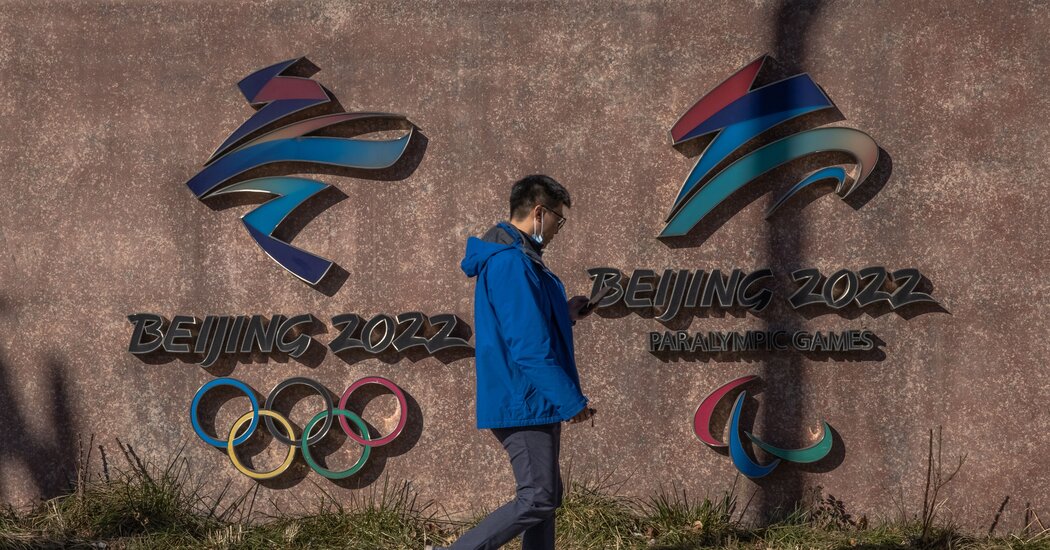 “I don’t think we felt it was the right step to penalize athletes who have been training, preparing for this moment,” Ms. Psaki said.

Beijing has used the Olympic Games in the past to assert itself on the world stage, including in 2008 when the opening ceremony served as a way for the country to tout its economic rejuvenation. The international attention, however, did little to improve human rights in China. Mr. Biden has said rooting out such violations are a crucial piece of a national security strategy that is focused on competing with Beijing’s rising economic influence and coercive diplomacy.

René Provost, a professor of international law at McGill University, said diplomatic boycotts can help to “insert human rights into the conversation.”

The Olympics are a way for China to show it is “strong and central on the global stage,” Mr. Provost added. “So to put human rights as part of that picture does interfere with China’s messaging.”

Zhao Lijian of China’s Foreign Ministry said that the United States should “stop politicizing sports” and warned that “China will take resolute countermeasures,” but he gave no details about how China might retaliate for the move. He has noted that Russia’s president, Vladimir V. Putin, accepted an invitation from Mr. Xi to the Olympics.

It is not clear whether the United States’ boycott will pressure other countries to follow suit.

Antony J. Blinken, the U.S. Secretary of State, said last month that the administration was discussing with allies how they planned to approach the Winter Games in Beijing, although he did not specify whether the United States had asked them to join a coordinated boycott. The administration has continued the informal discussions over the last several weeks, according to two European diplomats involved in the discussions.

One diplomat called it a pragmatic move that makes clear the Biden administration’s displeasure with Beijing’s policies, but did not amount to a full snub in order to leave room for the delicate and ongoing talks between the United States and China. It was not clear, however, whether European governments would also refuse to send official delegations to the Games, and both diplomats said no decisions had yet been made.