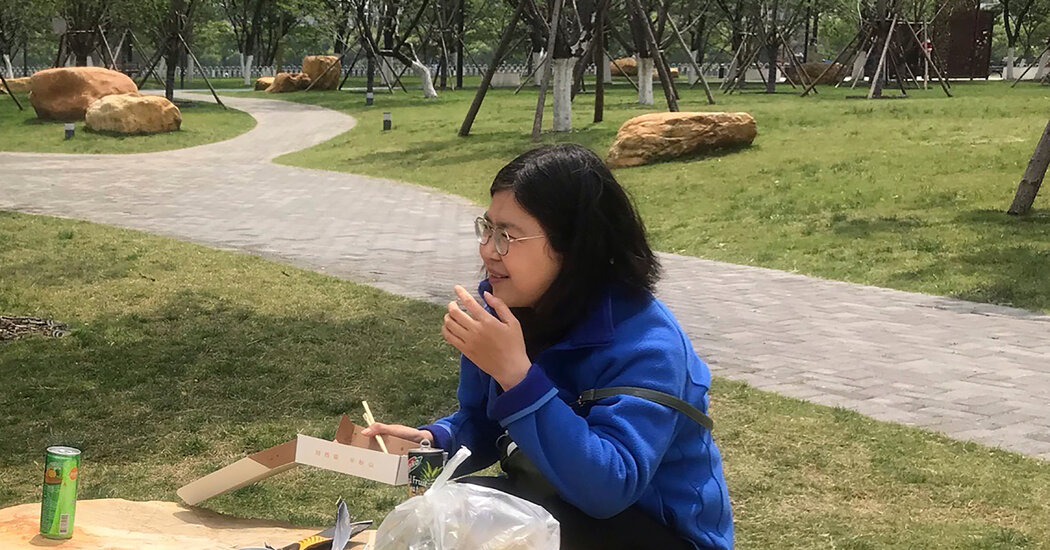 The first known person to be prosecuted for documenting China’s coronavirus crisis is seriously ill in a Shanghai prison and could die if she does not receive treatment, her family and friends say — a disclosure that has drawn renewed attention to China’s efforts to whitewash its early handling of the pandemic.

On Monday, the U.S. State Department called on the Chinese government to immediately release the woman, Zhang Zhan. Human Rights Watch has called for the same.

“We have repeatedly expressed our serious concerns about the arbitrary nature of her detention and her mistreatment during it,” a State Department spokesman, Ned Price, told reporters.

China has worked aggressively to silence critics of its response early in the pandemic, when it played down the virus’s spread and punished whistle-blowers. It has promoted a triumphant, nationalistic narrative of Chinese superiority, focusing on later success in containing new cases.

Ms. Zhang, 38, was one of several self-styled citizen journalists who traveled to the city of Wuhan, where the coronavirus first emerged, early last year. As the chaos of the initial outbreak, followed by strict government controls on information, made it difficult for outsiders to know what was happening in Wuhan, those citizen journalists posted videos and blog posts to social media to share what they were seeing.

Ms. Zhang visited a hospital, where she filmed beds crowding the hallway, and a crematory. She interviewed residents on the street about their livelihood concerns and asked how they viewed the government’s response.

In May 2020, after several months of dispatches, she disappeared. Her family was later told that she had been arrested and accused of “picking quarrels and provoking trouble,” a catchall term that the Chinese authorities use to silence critics. In December, she was sentenced to four years in prison.

Not long after being arrested, Ms. Zhang began a hunger strike, according to her lawyers. One of her lawyers, Zhang Keke, said last year that her hands had been bound during one of his visits; she told him that it was to prevent her from pulling out tubes for force-feeding.

Ms. Zhang has continued to refuse most food since her trial, according to friends and rights activists. She was briefly hospitalized over the summer. Her health has continued to deteriorate: Ms. Zhang, who is 5-foot-10 and once weighed about 165 pounds, appeared to weigh less than 90 pounds in October, according to a Twitter post late last month by her brother, Zhang Ju.

“I think she probably cannot live much longer,” he wrote, adding in a separate post that his mother had recently spoken with Ms. Zhang.

Mr. Zhang shared a photo of his sister around age 6 or 7, dancing on a bed at home. “I have never met anyone purer than her,” he said, “nor have I met anyone more determined.”