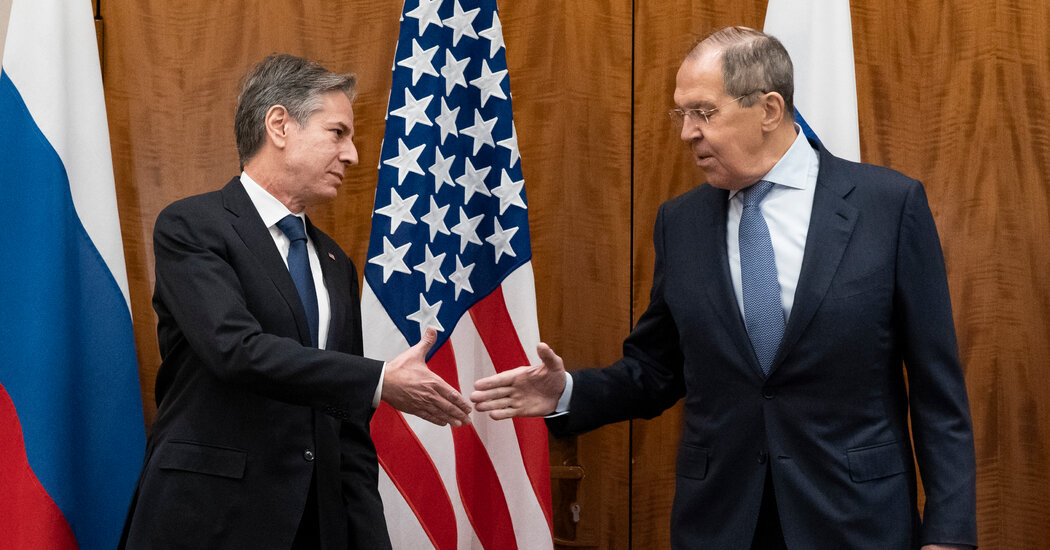 U.S. and Russia Signal More Talks in Standoff Over Ukraine

The discussion today with Minister Lavrov was frank and substantive. I conveyed the position of the United States and our European allies and partners that we stand firmly with Ukraine in support of its sovereignty and territorial integrity. We’ve been clear: If any Russian military forces move across Ukraine’s border, that’s a renewed invasion. It will be met with a swift, severe and a united response from the United States and our partners and allies. We’re united in our commitment to finding a way forward through diplomacy and dialogue. But equally, in our resolve to impose massive consequences should Russia choose the path of confrontation and conflict. I expressed again to Minister Lavrov that on the security concerns that Russia has raised in recent weeks, the United States and our European allies and partners are prepared to pursue possible means of addressing them in a spirit of reciprocity.