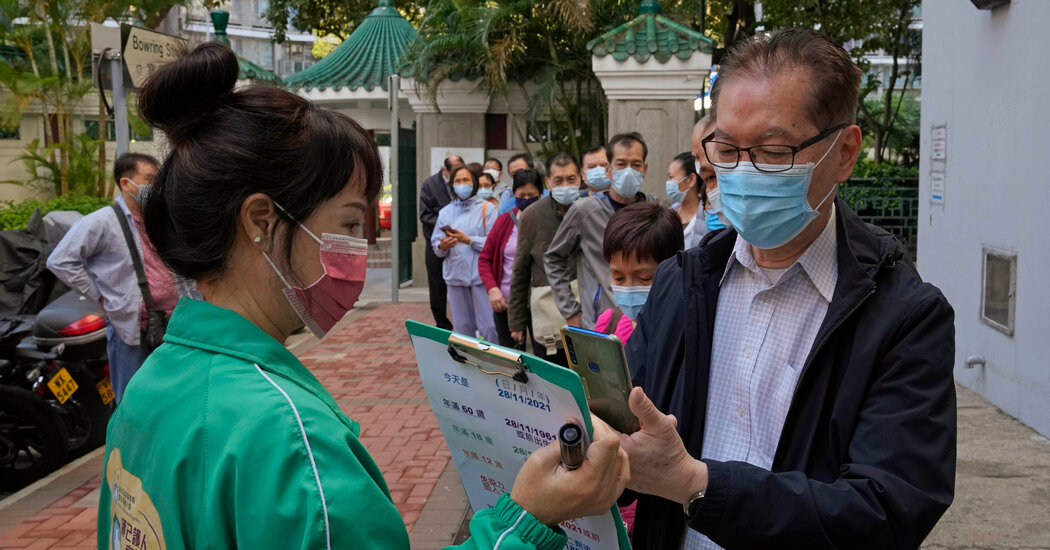 A new study looking at blood samples from people who received two doses of a Covid-19 vaccine made by the Chinese pharmaceutical company Sinovac suggested that the vaccine would be unable to prevent an infection of the new, highly infectious Omicron variant.

The research, which analyzed the blood of 25 people vaccinated with Sinovac, is the latest sign of the new challenge Omicron presents as it spreads across the world. The scientists from the University of Hong Kong found that, in laboratory experiments, none of the 25 samples produced sufficient antibodies to block the variant from invading cells. The researchers said it was not yet clear whether a third shot of Sinovac would improve the results.

The studies are preliminary, and antibody levels do not give a complete picture of a person’s immune response. It is unclear whether the Sinovac vaccine can fend off severe disease or death from Omicron, but it most likely offers some protection.

Sinovac said in a statement Wednesday that while two doses of its vaccine were much less effective against Omicron, three doses might prevent infection with the variant.

The study also examined blood from 25 people vaccinated with the Pfizer-BioNTech vaccine and found less than one-quarter of the subjects produced antibodies that could neutralize Omicron. These results were consistent with what other studies have found.

The researchers advised the public in Hong Kong to get a third dose of vaccine as soon as possible, though they did not specify which kind.

If the results are accurate, they could spell particular trouble for China, where the vaccine is commonly used. China has vaccinated more than 1 billion of its citizens, mostly with Chinese vaccines, but has relied largely on strict lockdowns and quarantines to curb the spread of the virus. Other studies have also found disappointing results with Sinopharm, the other major vaccine in China.

In recent weeks, Chinese officials have indicated that the country’s vaccination levels are approaching what they said would be required for herd immunity. However, Sinovac’s weakness against the new variant, two cases of which were detected this week in two Chinese cities, could signal that the country’s lockdowns and closed borders will persist.

Beginning in September, parts of the country began to offer booster shots, and now the extra shot is widely available. This month a top Chinese official called for an acceleration in plans to give booster shots to older adults. In Tianjin, where one of China’s two confirmed Omicron cases was found, state media wrote in a Wednesday article that “there should be no delay in getting boosters.”

Even so, far fewer people have had boosters. As of Dec. 10, 120 million people in China have had a third vaccine dose, far short of the 1.16 billion who have had two, according to state media.