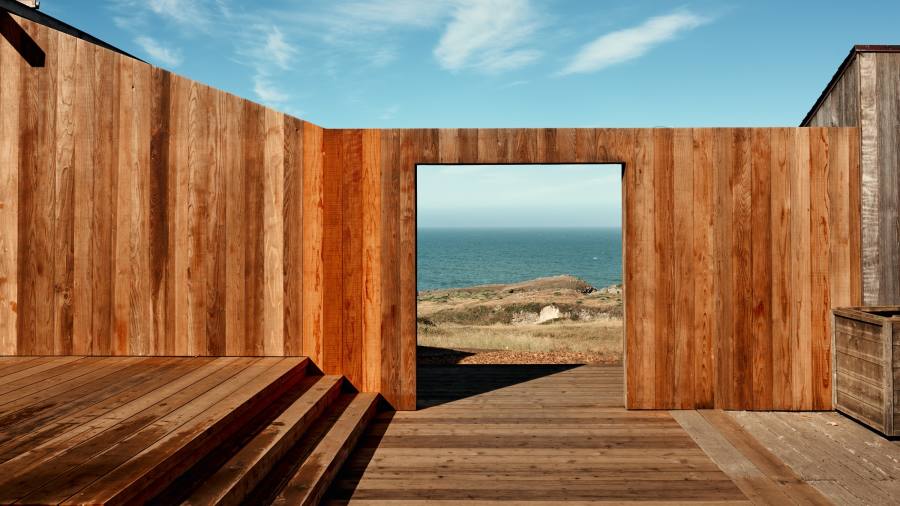 The US reopens its borders to fully vaccinated Brits and Europeans in November after a frustrating summer of “No”, and the West Coast has some timely hotel debuts to mark the occasion. In the coffee and counterculture capital of Portland is a new address from Palisociety, one of the most creative hospitality purveyors around – its Palihouse hotels across California have the stay-at-a-cool-friend’s-house aesthetic down to a fine art (Palihouse Santa Barbara, with just 24 rooms in a sprawling Spanish-colonial mansion complete with courtyard pool and deep loggias, became that city’s most interesting address more or less immediately on opening last spring). The 57-room Hotel Grand Stark, a former warehouse in once heavily small-industry Central Eastside (now thick with cafés, bars and artisan workshops), captures Portland’s blend of urban grit and Pacific Northwest charm. The rooms capitalise on strip-wood floors and tall sash windows to bring the downtown-loft vibes; the deli handles the pastrami and salmon brief with aplomb; and the capacious lounges and “study hall” spread across much of the ground floor.

Down in western Sonoma, a quiet investor is in the process of bringing a historic California hotel to new life. For decades, the Sea Ranch Lodge was the public face of the pioneering residential development of the same name, before beginning to gently give in to datedness. After two years of work by, among others, interior designer Charles de Lisle and West Coast architecture firm Mithun, the public spaces of the Lodge – home to the community’s post office and a small general store, as well as a series of bars, restaurants and gathering rooms, and a stunning indigenous-plant landscaped garden where once a stretch of bitumen dominated the view – are again receiving (very happy) guests. The furnishings are new (and fabulous), but architects and designers remained entirely faithful to the original materials – and to those Pacific Ocean views. The rooms are under way; look for an early 2023 opening for those. Palihouse Santa Barbara, from $395; Hotel Grand Stark, from $205, palisociety.com. thesearanchlodge.com

New digs Down Under

With Australia looking like it will be open for business in 2022, there’s a pressing question for lifestyle mavens: is Yamba the next Byron? A bit of a stretch, probably – but if the owners of The Surf Yamba achieve their goal, this teeny town some 60 miles south of the country’s nexus of fabulosity will at least come onto the map in a new way. Their slick upcycling of an old waterfront motel hews to a tried-and-tested formula (see Halcyon House just up the coast – or the brilliant Surfrider in Malibu). Rooms are all light wood, rattan and sisal and terrazzo floors, and the rooftop pool and bar – floored in gleaming teak, with views over the town’s Main Beach – ably channel the sundowner vibes. From £170, thesurfyamba.com.au

Northern Zimbabwe can still feel like one of Africa’s truly wild places. The vast tracts of reserve and national park along the Zambezi’s southern shore are lush with mopane forests and teeming with elephant, wild dog and hippo, and boast healthy lion and leopard populations too. People, though, are few and far between. It’s why Great Plains Conservation chose the 128,000-acre private Sapi reserve to build Tembo Plains Camp, to which owners Dereck and Beverly Joubert have recently put the final touches. With just four tents and a two-bedroom family suite, it’s a great escape, and an ideal private takeover for families and groups, in a part of the country that remains among the least trod. Double from $1,160 (all-inclusive), greatplainsconservation.com

For excitement of a totally cosmopolitan sort, look to Istanbul, where the newest member of the Mandarin Oriental stable has sprung up at the edge of the Bosphorus. Long and low, it’s more urban resort than metropolitan hotel, thanks not least to MO’s long and superlative form with spa – here, there’s an impressive 3,500sq m of it, including two hammams (naturally) and water-based treatments, to complement the three pools. The bars and restaurants come instead under the aegis of Novikov – part Italian, part Asian and wholly glam. From €735, mandarinoriental.com