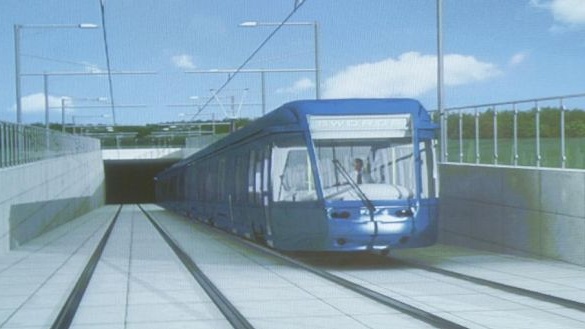 Senior Government officials came under pressure to set out a timeline on the delivery of Metrolink during an appearance at the Dáil’s Public Accounts Committee (PAC).

The Department of Transport’s secretary general Ken Spratt defended its work on such projects saying: “We are going as fast as our little legs can carry us”.

Under the National Transport Authority’s (NTA) new strategy for the Greater Dublin Area MetroLink will not be delivered until 2031 at the earliest.

Mr Spratt told the PAC that preliminary business cases for MetroLink, BusConnects and Dart+ are expected to go to Government for approval “very shortly”.

Dublin North-West Fianna Fáil TD Paul McAuliffe asked Mr Sprat if there will be a timeline for MetroLink to be completed when the project goes to Cabinet.

Mr Spratt sent out a series of steps involving internal and external reviews of major projects that must be carried out as they proceed through “decision gates” under the public spending code.

He said the code “makes sure that we get maximum value for money” and it had been revised “as a result of some pretty bad experiences with some pretty big capital projects.”

Mr Spratt said it’s “really, really important in terms of making sure when we’re spending – in these cases billions of taxpayers’ money – that we get our decisions right.”

He said the MetroLink plans are still at the early stages of scheduling and any timelines will be around moving to the next decision gate and planning. A railway order is expected to be lodged by the end of June next year.

Mr McAuliffe listed a series of deadlines that were missed in the MetroLink project even before the pandemic and asked why this happened.

Department official Garrett Doocey said there was a huge response during public consultations that raised “complex issues” and that the previous target dates were “clearly not feasible”.

Cork East Fianna Fáil TD James O’Connor claimed that the public has “lost all confidence in the Department of Transport’s ability to build major infrastructure projects” and “things like Metro have not helped with that.”

He said the lack underground rail in Dublin is “completely and utterly unacceptable” while saying that the officials’ predecessors and politicians had responsibility for this too.

Mr Spratt said he understood Mr O’Connor’s frustration and “we tend to be quite frustrated with all of the rules, regulations and laws with which we have to comply… but we do comply with them”.

Mr O’Connor asked if there’s anything that legislators can to to “make your life easier to deliver these capital projects”.

Mr Spratt said: “There’s not a whole lot more I can say in addition to what I said earlier on.

“We do have the public spending code. We are going as fast as our little legs can carry us to be perfectly honest with you”.

He said he is not sure that the spending code could be more efficient but the Department will offer feedback to the Department of Public Expenditure and Reform if there are potential improvements that could be made.

Mr Spratt said there is reform of the planning process taking place and if some time could be saved in this “it would be fantastic”.

Mr O’Connor suggested that the Department should make a submission on how the planning process could be reformed.