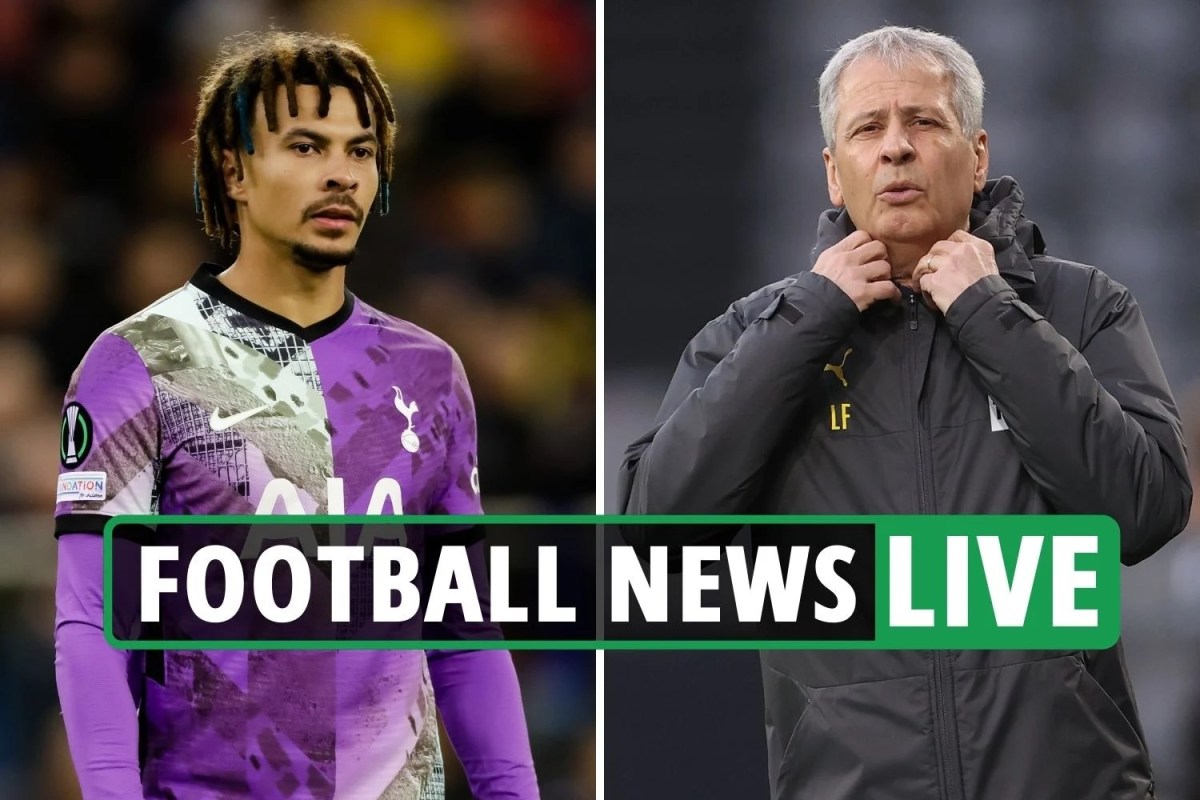 TOTTENHAM are ready to sell Dele Alli in January, according to reports.

Meanwhile, Newcastle are said to be keen on hiring former Dortmund boss Lucien Favre and pairing him with Marc Overmars as director of football.

And it could be all change for Chelsea on the centre-back front.

The Blues are said to be ready to go back in for top target Jules Kounde in January and other reports suggest they have been offered Matthijs de Ligt by Juventus.

That would make Antonio Rudiger, who has not been regularly in the team this season, surplus to requirements.

Title rivals Man City are Liverpool are both reportedly keen on snapping up the German.