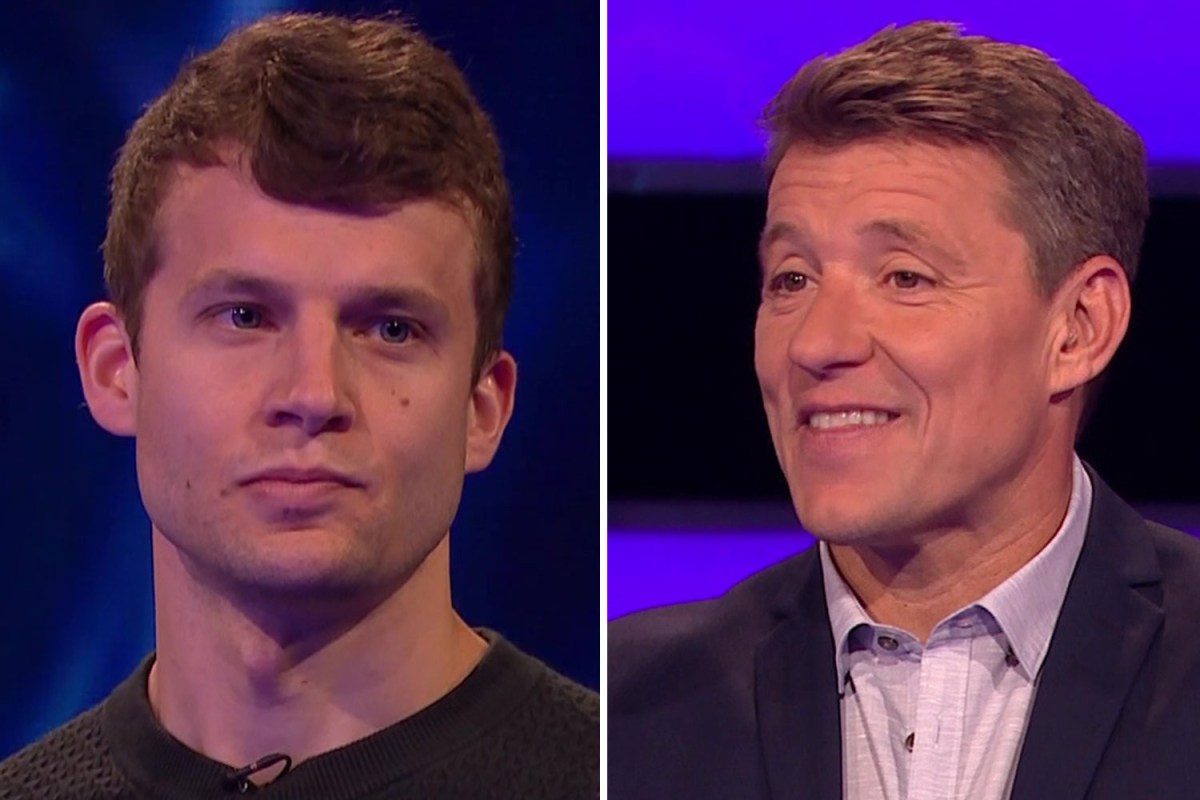 TIPPING Point fans were left scratching their heads after a contestant dropped a huge clanger on a children’s TV-related question.

Contestant Adam was facing off with fellow players Andy, Lorraine and Frankie to compete for the coveted jackpot counter on the popular ITV quiz show.

However, he landed himself in hot water with presenter Ben Shephard after he was quizzed about an iconic kids’ TV programme – The Clangers.

Ben wanted to know what the mole-like pink creatures who lived on the moon were called.

But Adam said he had no idea of the show, before admitting: “It was before my time that, I think.”

The Clangers originally aired from 1969 until 1974 – but numerous repeats were shown well into the early 2000s.

Fans immediately flocked to Twitter to remark that Adam had really “dropped a clanger” in the blunder.

One viewer wrote: “He pulled a clanger by saying it was before his time.”

Another bemused fan wrote: Eh? Clangers before your time? I watched The Clangers.”

Echoing their statements, someone else questioned: “How does Ben keep a straight face with some of the absolute clangers of answers?”

Other fans were more distracted by Adam’s good looks, as they branded him as “handsome”.

However, Adam was unfortunately booted off the show following the last head-to-head – leaving Andy to compete for the jackpot counter.

He didn’t go home empty-handed, though, after securing a baking subscription box as a mystery prize from the Tipping Point machine.

Andy, meanwhile, didn’t quite snag the jackpot counter, but went home with his own winnings.

It comes just a day after one player made a huge blunder on the programme, mistaking the poet Homer – best known for writing The Iliad – for Homer Simpson from the hit cartoon.

The clip of the question, which centred around food and epic poetry, quickly went viral after it aired on the ITV show.