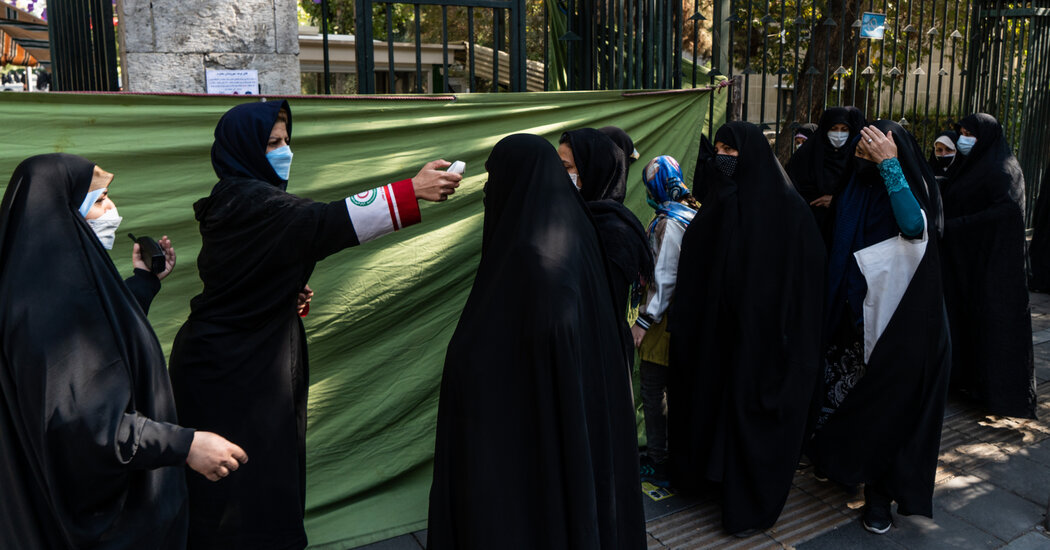 Two Iranian lawyers and a civil rights activist were among a group organizing a legal challenge to Iran’s top leader and the government over their disastrous handling of the pandemic.

But before they could even file their complaint, they were seized and incarcerated.

Now known on Iranian social media as “the health defenders,” their case has attracted widespread attention, even though their trial in Tehran is not open to the public.

“We were still discussing the complaint and what to do when 15 intelligence agents from the judiciary violently broke into the office and arrested us,” the civil rights activist, Mehdi Mahmoudian, said in a phone interview from Tehran’s high-security Evin prison, where he is being held along with his co-defendants, Mostafa Nili and Arash Kaykhosravi, both lawyers.

Mr. Mahmoudian was among a group of nine Iranian lawyers and civil rights activists who had gathered in a Tehran office one afternoon in August to discuss a draft of a lawsuit they planned to file against the country’s top officials. He said they had been planning to sue Supreme Leader Ayatollah Ali Khamenei and the government on charges of mismanaging the pandemic and hampering the vaccine rollout with a politically motivated ban by Mr. Khamenei on importing vaccines made in the United States and Britain.

Mr. Mahmoudian, Mr. Nili and Mr. Kaykhosravi are charged with spreading propaganda against the state and disruption of public order in a trial that began in late October in Tehran’s Revolutionary Court — a special court for political cases and political prisoners. They are also charged with forming and belonging to an enemy organization — a reference to a human rights group they established called “Citizens Rights Protection Association.” If convicted, they could each face up to 10 years in prison.

A statement last week by a group of international rights organizations, including Human Rights Watch and PEN America, called for their immediate release and asked the United Nations to raise their case with Iran’s government.

Iran’s U.N. mission did not respond to questions about the three prisoners.