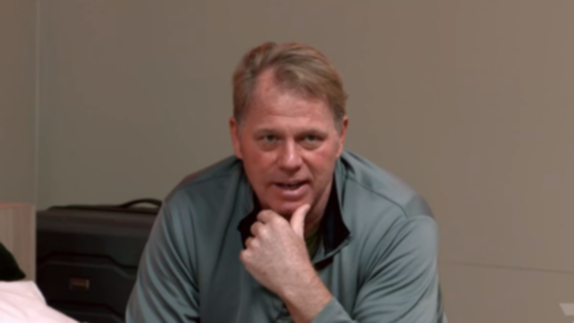 Meghan Markle’s brother told his Big Brother VIP housemates that she treats her family as if “she’s embarrassed of where she comes from”, as he shared intimate details about her past.

Thomas Markle Jr said he used to be close to his sister but the last time he saw her was at his grandmother’s funeral in 2011.

“She took off after that anyway and went to Canada… What happened to her? Nobody can figure it out,” Thomas said of his half-sister.

“Money changed her I guess. Money and fame just went to her head really bad.”

Thomas went on to recall details of Meghan’s first marriage to Trevor Engelson from 2011 to 2013.

According to their divorce papers Trevor, an American film producer and literacy manager, and Meghan split due to “irreconcilable differences”.

“The thing that gets to me is the guy that she was married to the first time, Trevor. This guy just took care of her like, man she was adored by him and she just walked all over him and dumped him, that fast… after being married,” Thomas told the guests.

“Sent the ring back in the mail. Is that cold or what?”

The other housemates hung on Thomas’ every word, with Dayne agreeing it was “stunning cold”.

“But Harry’s next, Harry’s on the chopping block next,” he told them.

“The only difference between now and then is all the photos prior to that he had a smile on his face, all the ones after he doesn’t,” Thomas replied.