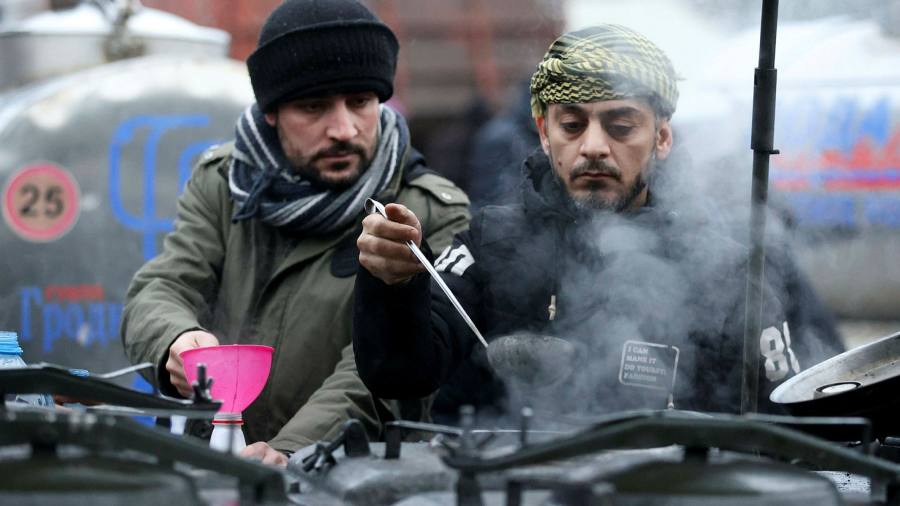 The writer is author of ‘People Power: Why We Need More Migrants’

A striking feature of the raucous debate over migrants and refugees in the English Channel or at Poland’s border with Belarus is the unchallenged premise that migration is to be resisted, or at best kept to a trickle.

The upshot is policies that are harmful to the future of Britain and Europe. The next 25 years will see 33m people retiring with no replacements, thus shrinking the combined UK and EU workforces from 240m to 207m. It would be naive to think migrants can step straight into their shoes, but clearly a massive rethink is needed about the value to Europe of more newcomers.

Advocates of a more open approach to legal migration have so far made little dent in public opinion. And very few politicians challenge the idea that people fleeing from conflict or poverty should be limited, if not actively discouraged. By the same token, few commentators question the idea that “political” refugees deserve more favourable treatment than “economic” migrants.

The blanket prejudice is that all newcomers from Africa, the Middle East and now Afghanistan are a burden on host countries. But researchers have for some years been looking hard at the economic balance sheets of immigration to a number of countries, and overall have found it positive.

The moral case for offering a safe haven to the persecuted and poverty-stricken is undeniable. But apart from occasional flurries of sympathy and regret, humanitarian arguments win little enduring support. The economic facts of life should therefore be hammered home by policymakers and politicians.

Migrants usually create far more wealth abroad than if they’d stayed home. When the mass exodus from Syria and its neighbours sparked Europe’s “migrant crisis” in 2015, a study reported that migrants’ worldwide economic contribution was $6.7tn, about 40 per cent more than their likely domestic value. Although only 3.4 per cent of the global population, they accounted for 9.4 per cent of its gross domestic product.

The UK’s Brexit referendum in 2016 may have been determined by hostility to immigration but, prior to it, Britain was enjoying the fruits of a relatively relaxed attitude to migrant workers. One academic study looked into migrants’ economic value and found that the taxes paid by workers who had come from elsewhere easily outweighed their social and health costs, amounting to a £25bn bonus for 2001-11.

It’s much the same story throughout Europe; migrant labour is filling job vacancies and making substantial economic contributions. Yet mainstream politicians so dread populists’ ability to exploit anti-migrant sentiment that they hesitate to call for more balanced discussions of immigration.

Europe badly needs a more progressive approach to immigration. The doubling of the Arab and African populations by mid-century will greatly intensify “push” pressures, so the recent €500m boost to the EU’s Frontex border force’s yearly “fortress Europe” budget is doomed to inadequacy.

EU governments have generally resisted proposals for a fresh approach to legal migration. The European Commission is fine-tuning a “new pact on migration and asylum” to be unveiled next year, but the indications are that it won’t do much more than put an EU label on a framework that allows member states to operate competing national systems.

Paris and London would do themselves and the rest of Europe a great service if they abandoned their unseemly blame game over people trafficking and illegal channel crossings and instead focused on the need for more migrants, not fewer. The ageing and shrinking of Europe is a structural problem that won’t go away.