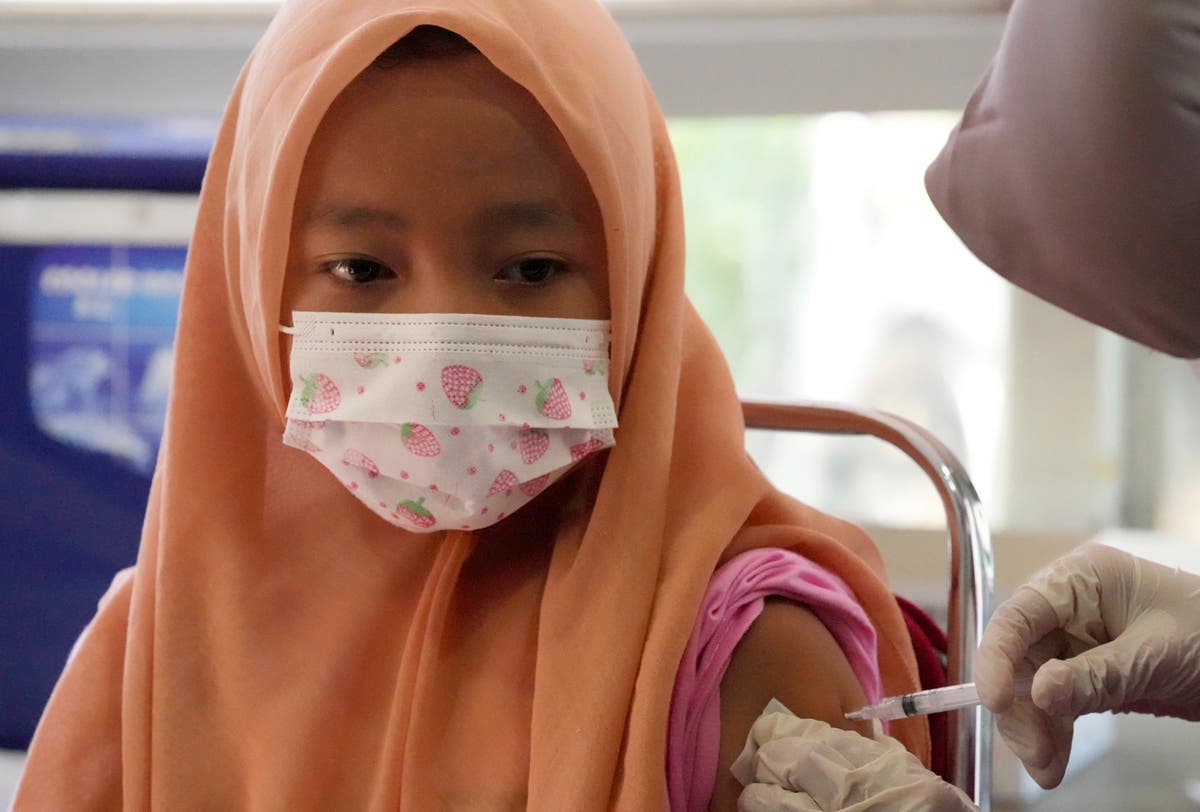 Thailand reported its biggest spike in coronavirus cases in weeks on Thursday after a holiday season in which people traveled and gathered in large numbers amid the rapid spread of the omicron variant.

Officials recorded 5,775 new cases, prompting the Ministry of Public Health to raise the official warning level to 4 on a scale of 5, permanent secretary Kiatiphume Wongrajit said. The warning level had been at 3 since the end of December.

The ministry has submitted a proposal to the Center for COVID-19 Situation Administration, chaired by Prime Minister Prayuth Chan-ocha, to ramp up virus restrictions due to the jump in cases. The CCSA is to meet on Friday and is expected to make a decision on the new measures.

In developments elsewhere in Asia:

Vietnam continues to ease virus restrictions in some major cities despite well over 10,000 new cases reported nationwide each day in recent weeks.

Ho Chi Minh City the country’s largest metropolis, allowed entertainment venues including bars and karaoke lounges to reopen on Wednesday. They had earlier been shut in an effort to curb the outbreak.

In Hanoi, non-essential businesses are still required to be closed, as the capital leads the country with over 2,000 new cases a day.

Despite the rising number of new infections, hospitalization rates have not spiked. According to the Health Ministry, 84% of recent virus deaths occurred in people who were either unvaccinated or not fully vaccinated.

After a slow start, 97% of adults are now fully vaccinated with two shots. Vietnam is speeding up vaccinations for children to ensure that schools can reopen safely. Nationwide, 72% of the country’s 98 million people have been vaccinated.

Boosters have also been given to front-line medical workers and people over the age of 55. Some 7.5 million booster shots have been administered, the ministry said.

Vietnam has resumed international air travel and further relaxed quarantine rules for people entering the country. The latest regulations require that fully vaccinated travelers be quarantined for three days. Those who are not vaccinated must quarantine for seven days.

COVID-19 has caused major disruptions in trade along China’s borders with its Southeast Asian neighbors, particularly with the country’s prevention regime targeting food products, especially perishables such as tropical fruit and frozen items including fish and shrimp.

State media reports say Longbang port, in China’s Guangxi region along the border with Vietnam, has suspended imports of refrigerated food and other commodities since Dec. 25. In a Dec. 31 video meeting between Guangxi officials and Vietnam‘s Ministry of Industry and Trade the Chinese side proposed ways to improve the situation, but it wasn’t clear how they would be implemented.

Trade in goods such as electronics, household items and chemical products that are transported in shipping containers appears unaffected, and the Regional Comprehensive Economic Partnership a trade agreement which went into force on Jan. 1, is expected to boost such commerce.

The situation is as bad or worse along the Chinese-Myanmar border, where rotting watermelons and other fruit have been dumped by truckers unable to get their produce into China.

The Philippines reported 17,220 new infections on Thursday, up sharply from 10,775 a day earlier, the Department of Health said, bringing total confirmed cases in the country to 2,888,917.

The test positivity rate also rose to a record 36.9%, up from 31.7% on Wednesday, the department’s data showed. That means more than 1 in 3 people tested that day were infected, after the rate spiked from below 1% just two weeks ago. The country reported 81 deaths on Thursday.

Officials say they assume that local transmission of the highly contagious omicron variant is driving the current spike in cases.

The government has imposed stricter COVID-19 measures in the region around Manila and three nearby provinces, placing them under level 3 in the five-step alert system until Jan. 15. A fourth province will be under the same level starting Friday.

Under level 3, prohibited activities include in-person classes, live voice and wind instrument events, contact sports and fairs. Casino operations and in-residence gatherings of people who do not belong to the same household are also not allowed. Restaurants, gyms, barbershops and other establishments can operate at 30% capacity indoors for fully vaccinated customers and 50% outdoors.

A council of mayors in the capital region has also banned unvaccinated people from going outside their homes except for essential trips. Cabinet officials leading the country’s COVID-19 response have said they are recommending the policy be expanded to cover to the rest of the country.