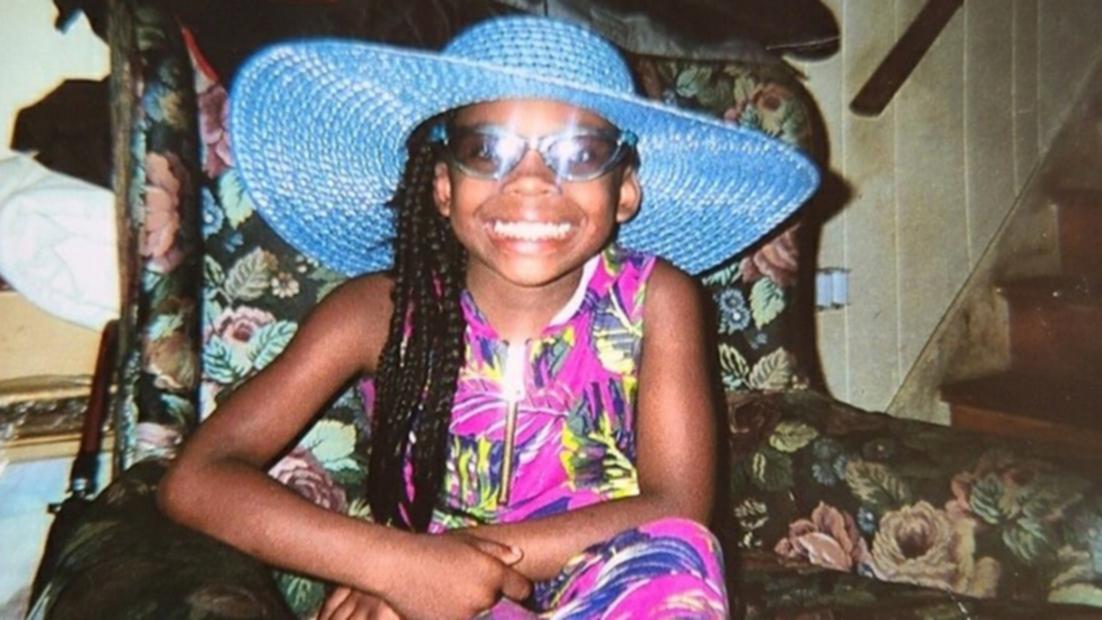 Nyla Anderson, 10, spoke three languages and was an athletic, bright and happy girl.

In early December, her mum, Tawainna Anderson went to check on her daughter and found her unconscious in their US family home.

In the video above, one country’s move to block underage users on TikTok after a little girl’s death

As Nyla spent the next several days in the pediatric intensive care unit, her family became convinced that she had accidentally injured herself while trying the blackout challenge, a dangerous game where people restrict their breathing to faint.

A few days after arriving at the hospital, Nyla died.

“We believe this was an (accident) and we know that she had a history of viewing these videos on social media,” Elizabeth Wood, a licensed clinical social worker at Nemours Children’s Hospital, Delaware, where Nylah was treated.

“Nyla’s mum — with so much courage and grace — wanted Nyla’s story told so that no other parents, no other mother has to go through what she is going through.”

The blackout challenge is also sometimes called the choking game or fainting game. It has been around for years but resurfaces at times thanks to social media.

“There’s been different variations of it but the idea is that an individual stops the flow of oxygen,” Wood explained.

“People may think that they can get sort of a high from it.”

In April, a 12-year-old boy died from the challenge.

Often the people do it with someone around to wake them.

“(They think) that person can save you in time and that isn’t always successful,” Wood said.

“Children and adolescents, their brains are developing and they do not have the capacity to understand the consequences of their behaviour and that it is not safe. They can be very impulsive.”

Nyla’s family was unavailable for an interview because Thursday is Nyla’s funeral but Anderson recorded an interview with Nermours Children’s Health, Delaware.

In it, the bereaved mother shares her thoughts on her daughter and the dangers of social media challenges.

“She was a butterfly,” Anderson, of Chester, Pennsylvania, said.

“I just want people to pay attention and be aware of TikTok … Just pay attention because you never know what you might find on their phones or the things they try.

Wood supported and comforted the family while Nyla was in intensive care from her admission on December 7 until she ultimately passed away on December 12.

Even though she had not met the girl before her accident, she learned more about her.

“I saw a lot of her pictures and her videos in the several days that I spent with the family and she was just full of life. She and her twin brother (Nakye) were very athletic, very active, constantly on the go,” Wood said.

Wood said that Anderson knew that Nyla, her siblings and cousins often enjoyed TikTok and made their own lip-sync and dance videos.

But Anderson was unaware that dangerous videos lurked on the platform.

Nyla did not have a history of mental health conditions or ever expressed any desire to ever hurt herself.

“Nyla’s mum did not know there was any increasingly risky behaviour,” Wood said.

“When Nyla was in the hospital and they had discovered some of the videos that she had been watching and that she herself had made.

These challenges do become more risky and children of that age and even adolescents and young adults, they do not understand the consequences of what they are doing

Any content that promotes dangerous behavior is a violation of TikTok’s community guidelines, said a TikTok spokesperson.

The app says it does not serve search results or hashtags related to the “blackout challenge”.

“This disturbing ‘challenge,’ which people seem to learn about from sources other than TikTok, long predates our platform and has never been a TikTok trend,” said the spokesperson in an emailed statement to TODAY.

“We remain vigilant in our commitment to user safety and would immediately remove related content if found. Our deepest sympathies go out to the family for their tragic loss.”

Wood hopes that parents will have more conversations with their children about social media and keep a close eye on how they are using it.

“What’s most important is keeping the lines of communication open with your children so that you as a parent are communicating with them about what they’re seeing and what they’re thinking,” she said.

“That’s your opportunity to provide education about safety … and why things and behaviours can be dangerous.”

Sometimes parents worry that if they bring up a tough topic, it might encourage their child to do it.

But that’s not the case.

“Parents are worried that if they have the conversation with their children they may create more curiosity but that communication is so important,” Wood said.

“Keeping the lines of communication open with your children then makes it permissible for children to ask their parents questions.

“And that is imperative for the safety of our children.”