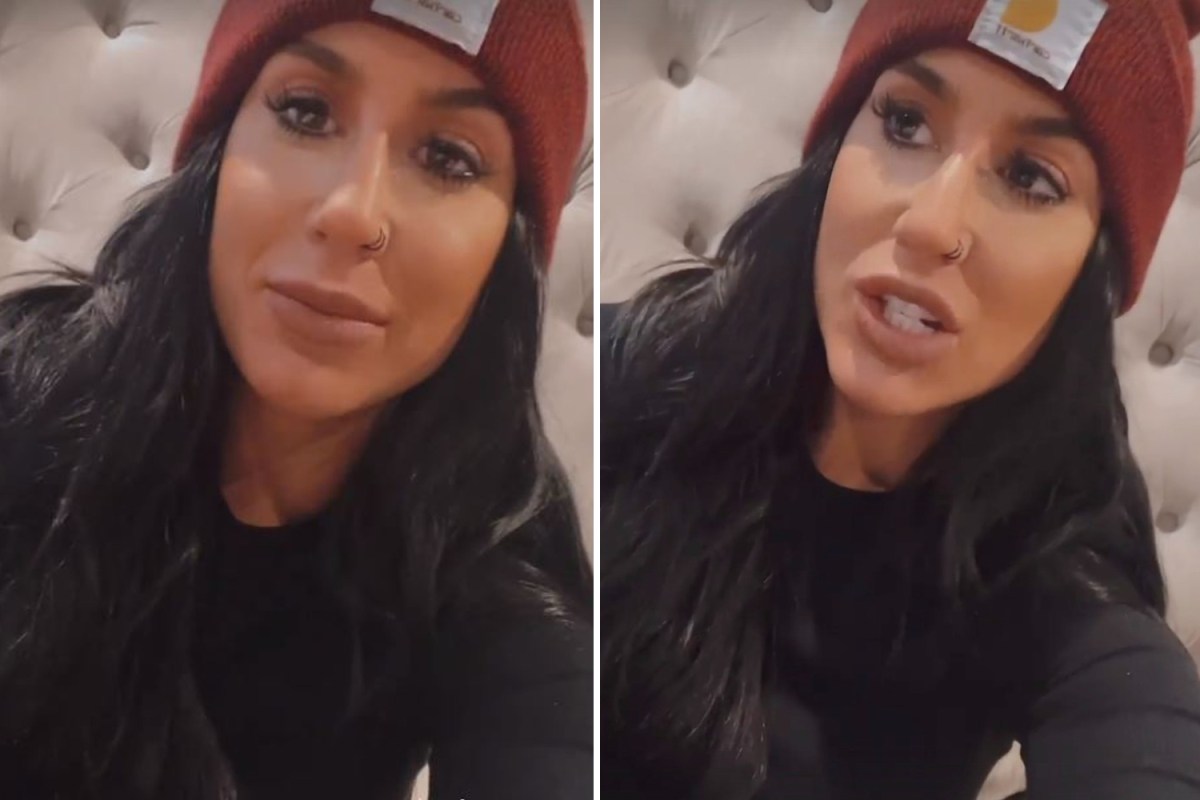 TEEN Mom 2 alum Chelsea Houska showed off her tan and promoted a holiday giveaway in a new video after she was accused of “blackfishing.”

The 30-year-old flaunted her new tan in a series of Instagram Story posts on Friday.

In the first clip, Chelsea gave her Instagram followers a “heads up” about a new holiday giveaway she was working on with other famous mothers.

She explained that three winners will be given $1,500 each, adding: “I know holidays can be a little crazy for some people, so we just thought it would be perfect timing to give back.”

The MTV alum explained that giveaway hopefuls had to follower her and the other mothers involved.

Chelsea sported a spray tan in the new clips, while she covered her dark hair with an orange beanie and wore a basic black shirt.

The Teen Mom 2 star shared the videos after fan accused her of “blackfishing.”

The claims began earlier in December after Chelsea posted a picture of herself alongside her daughters Aubree, Layne, and Walker.

Fans were quick to notice that her skin appeared significantly more tan than the girls.

They later accused her of “blackfishing” on Reddit, which is when someone uses things such as hairstyles and makeup to appear darker than they are.

Another critic said: “It’s weird how people are coming to her defense about her way too dark makeup color/skin color. I guess it rubs me wrong when white girls try so hard to look brown.”

A third user suggested: “Maybe she’s Spanish,” though she is not.

However, other fans came to Chelsea’s defense, with one writing: “I’m sure she’s a wonderful mother, she just has a ridiculous fake tan.”

Another supportive fan wrote: “Who cares about the damn tan. This is a beautiful picture and I’m sure those kids are happy.”

Earlier this week, Chelsea shared an adorable throwback photo with her oldest child.

The former Teen Mom 2 star smiled while holding young Aubree – who is now 12 – in her hands.

The mother-daughter duo were both smiling at the camera as Chelsea rocked red hair at the time.

In the next snap, the mother of four switched to a darker hair color as she sat Layne, three, on her lap.

In a following Instagram Story post, her son Watson, four, sat on the floor and placed his hand on the back of Walker, 10 months.

The reality star claimed the siblings were “twins,” noting that they both look and act alike.

Chelsea shares Aubree with ex Adam Lind, while husband Cole DeBoer is the father of her three youngest kids.