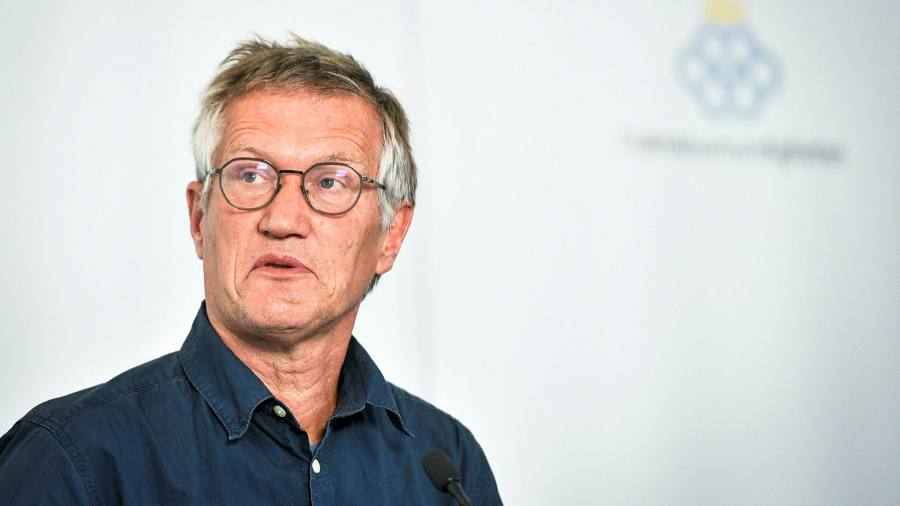 Sweden no longer stands out in the pandemic, according to the country’s chief epidemiologist who championed its unique approach in the early phase of the crisis, as the Scandinavian nation prepares for a rise in new cases and hospitalisations.

Anders Tegnell told the Financial Times that the sharp rise in cases in neighbouring countries such as Denmark and Germany, particularly among the unvaccinated, was “definitely worrying and we really take that very seriously”.

But the architect of the policy to have no formal lockdown stressed that Sweden had one of the lower excess mortality levels in Europe, while on other pandemic measures it was closer to average.

“Now, we’re two years into this and Sweden doesn’t really stand out. We’re not the best, but we’re definitely not the worst. That’s what I hear now: how much good did all these draconian [measures] do for anybody?”

Tegnell’s strategy in the early stage of the crisis is facing growing criticism in Sweden. The official commission investigating the country’s response has criticised the slow reaction at the start of 2020 and noted that Sweden let the virus spread faster than other Nordic countries. But the commission will not pronounce on the wisdom of the no formal lockdown strategy until next year.

Mattias Karlsson, former leader of the populist Sweden Democrats, told the FT that Tegnell had been “completely wrong” on several issues and that the judgment on him would be “very harsh”. He added: “Especially in the early phase of the pandemic there were a lot of things we could have done that would have made a difference.”

But Tegnell himself is unapologetic. He stressed that “Sweden did close down enormously” despite the lack of a formal lockdown. It had empty streets for much of 2020 and almost no cases of flu and other respiratory diseases as people worked from home and avoided travel and social contact, he said.

While his employer, Sweden’s public health agency, and others were still evaluating the commission’s reports, he said there was still little agreement on what worked against Covid-19 apart from vaccinations.

“What they’re not talking about is what kinds of things did make a difference. That’s what we’re still struggling to understand. Some measures work sometimes in some places, but it’s very difficult to see a clear pattern,” he added.

Sweden’s current infection rate is lower than much of central and eastern Europe, but higher than France, Spain and Italy. Tegnell said Sweden tended to have a resurgence in cases later than others and that he strongly believed the recent increase would continue in the coming months.

He stressed that the authorities needed to look carefully at where the spread of the virus was happening fastest this winter and bring in focused measures accordingly.

Sweden’s government took a more active role in the pandemic during the second Covid-19 wave in December and January, imposing new restrictions that moved the country closer to the rest of Europe, just as much of the EU followed Stockholm in declining to close schools in more recent outbreaks.

And while Sweden has fared better than many European countries during the pandemic, it has done worse than all of its Nordic neighbours. Tegnell claimed that Sweden stood out more from the likes of Norway and Finland because it had more migrants from outside the EU and more poorer people.

“Swedish society is very different from the society in Norway and Finland, which we tend to disregard because we share a long history together and have similar languages. Covid doesn’t care about history or language, it cares about socio-economic status or migrant backgrounds or crowded housing. That’s where Sweden stands out in a Nordic context, but not so much in a EU context,” he said.