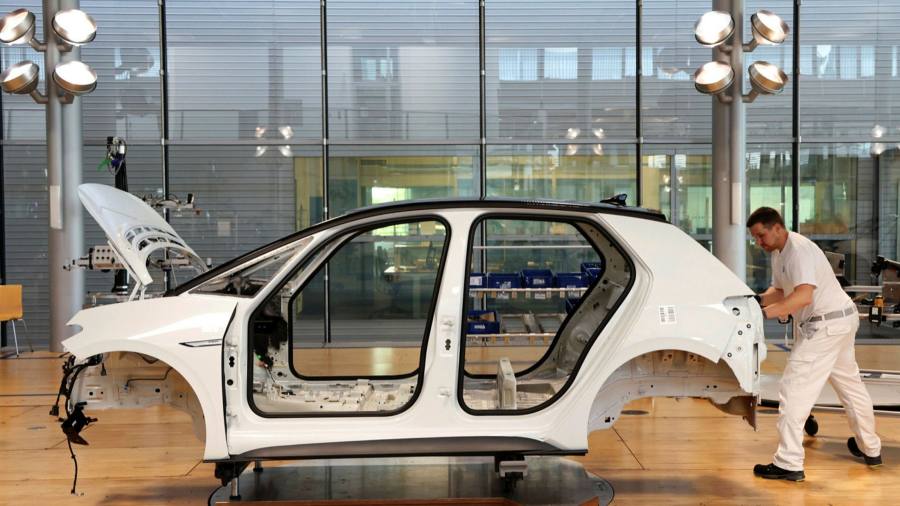 Disruptions to supply chains have been visible for a while in higher prices. Now they have firmly made their presence felt in both corporate earnings and growth data. US and eurozone figures at the end of last week demonstrated that bottlenecks are holding back production at factories — and slowing the pace of the recovery. That has had a knock-on effect on industrial giants such as Germany’s Volkswagen and California’s Apple. Both told investors that a global shortage of semiconductors had held back sales, leading them to miss out on around €500m and $6bn of profit respectively.

For decades the goal of economic management, primarily delegated to central bankers, has been to keep the total amount of spending — or aggregate demand — growing in tandem with the capacity of the economy to provide the goods and services that consumers want, labelled aggregate supply. Keeping the two in balance is meant to preserve economic stability and stop price growth from accelerating, or decelerating, out of hand. The pandemic jolted both at the same time, reorientating consumer spending from services to goods that could still be enjoyed at home; closed gyms meant a scramble for exercise equipment, for example.

Today’s bottlenecks are a demonstration that demand has recovered much more quickly than supply. That reflects, in part, the success of stimulus programmes, and the uneven fight against coronavirus. While mass vaccination efforts in Europe and the US have allowed for something approaching normal life to resume, in many developing Asian countries that produce the goods western consumers want, outbreaks have shut factories.

Ultimately, this presents a challenge about which central bankers can do little. Inflation has risen and they have a legal duty to keep it under control. Consequently, many are beginning to scale back stimulus: on Friday the Australian central bank opted to cease defending its yield target for sovereign bonds, allowing the benchmark interest rate to start drifting upwards. It joins a club of major economies including New Zealand and Norway that have already started to tighten monetary policy. Investors expect the Federal Reserve and the European Central Bank to follow suit soon.

While bringing demand down to match supply can keep price pressures in check, it is a much less satisfying solution — leading to lower growth and employment — than expanding supply. There are, however, no easy levers that policymakers can pull. While easy money and government spending can boost total demand, supply only grows slowly and governments have limited ability to influence it.

Business investment is the one part of economic demand, at least in the US, that is still lagging. That is a shame. Capital spending is the best way to keep supply growing and prevent bottlenecks from recurring or shortages from becoming permanent. Easy monetary policy, however, appears to have done more to boost asset prices than investment in industrial equipment or commercial buildings.

That could be down to the uncertain path of the recovery. Many businesses, just like central bankers, may be waiting to see whether the shortages are transitory or more permanent. Pulling the trigger on investment now could lead to excess capacity if they ease. Similarly if central banks tighten too quickly and demand is choked off, investment might be wasted. Generous tax relief for capital spending, along the lines of Britain’s “super deduction”, should be considered more widely. The best way to avoid bottlenecks is to get a wider bottle.