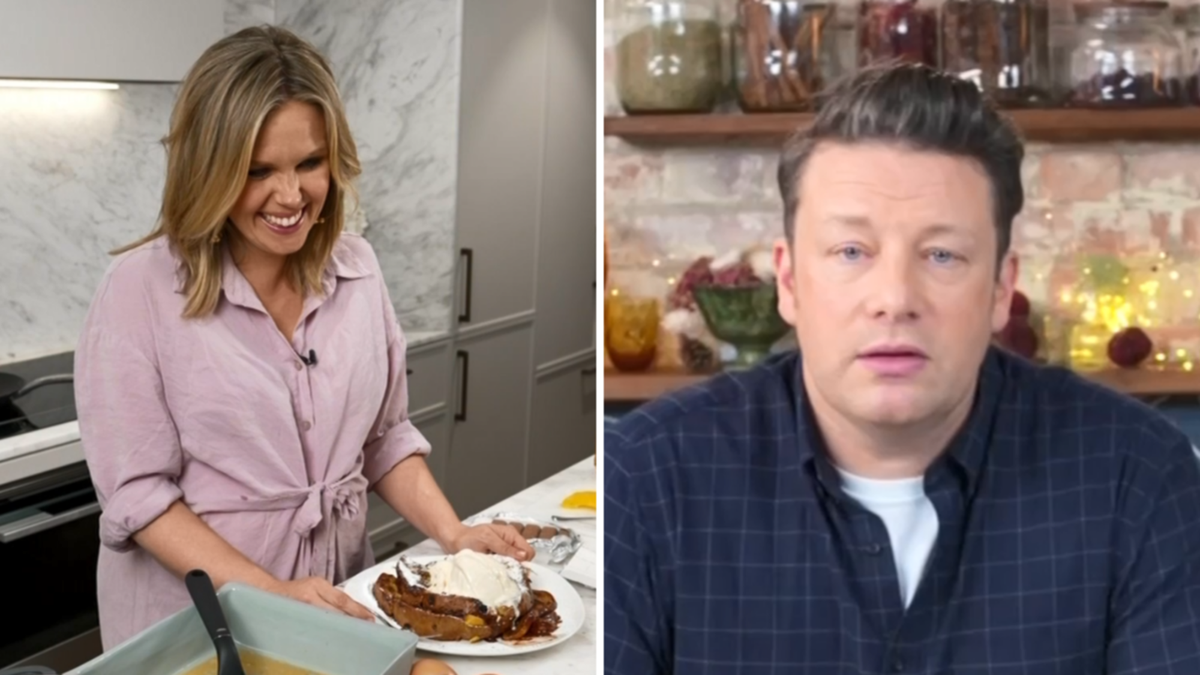 Sunrise star Edwina ‘Eddy’ Bartholomew has been left red-faced after botching one of Jamie Oliver’s most simple recipes.

The breakfast television presenter was making French Toast from the celebrity chef’s newest cookbook via Zoom when the hilarious accident occurred.

Watch the French Toast fail in the video player above

“I just burnt mine because I was talking to you, and it’s like the world’s simplest recipe,” she admitted to Oliver while he watched on from London.

Jamie looked genuinely stunned before asking Edwina “did you burn it?” multiple times.

“I think a lot of icing sugar might be your best friend Eddy” he joked, suggesting she hide the charred dish under a sprinkling of sugar.

After eventually salvaging what she could of her “mutilated” French Toast, Edwina thanked Jamie, who she described as “great fun and the perfect gentleman,” for his time.

He ended the interview with a hilarious jab at Eddy’s final dish.

“It’s been amazing watching you ruin a perfectly simple recipe and I love you very much,” he laughed.

Jamie’s new cookbook Together: Memorable Meals Made Easy is out now