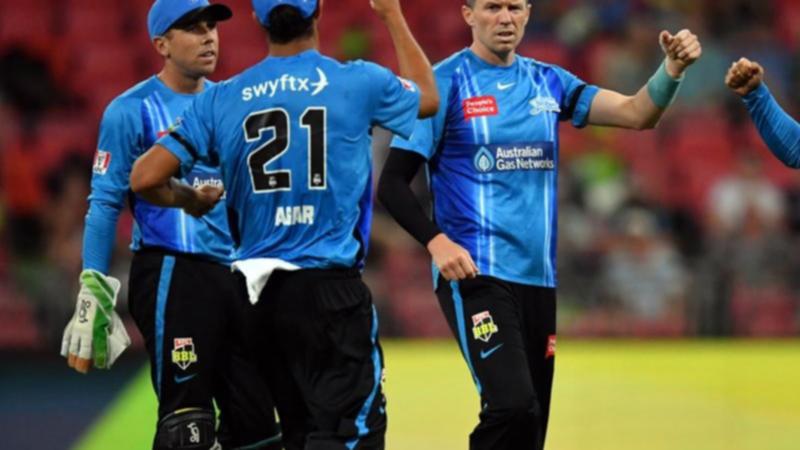 Adelaide Strikers captain Peter Siddle has won the toss and elected to bowl in their BBL clash against the Hobart Hurricanes at Adelaide Oval.

The last-placed Strikers will be desperate for early strikes as they seek to avoid a seventh successive defeat.

They have made one change to the XI that succumbed to the Sydney Thunder on New Year’s Eve with paceman Harry Conway coming in for legspinner Fawad Ahmed.

The Hurricanes, propelled by their top order of red-hot Ben McDermott – the competition’s leading runscorer – captain Matthew Wade and D’Arcy Short, will be aiming to set a huge total on a coolish evening.

Internationals Brook and Thompson were ruled out due to being COVID-19 close contacts, while Ellis suffered a side strain at training.