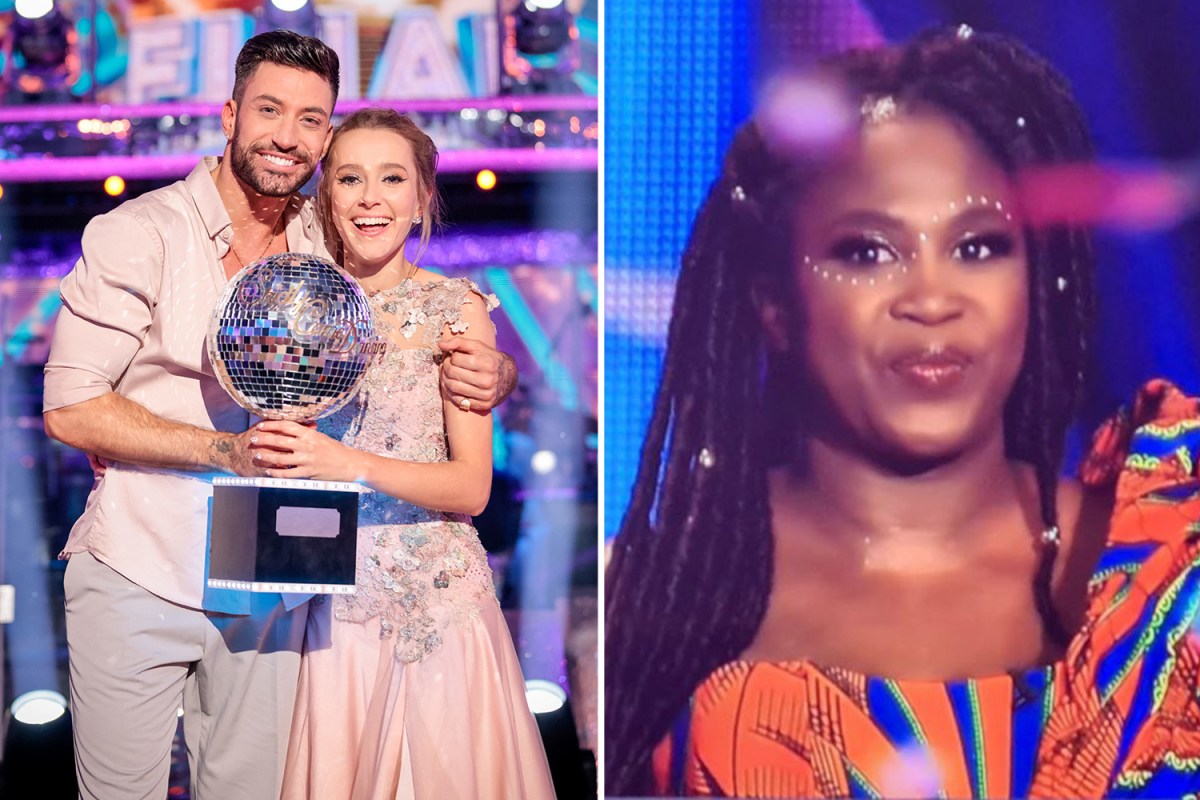 STRICTLY Come Dancing fans claim judge Motsi Mabuse was rooting for John and Johannes to win as she “barely concealed dislike for the result.”

The 40-year-old dancer and judge previously praised Rose for her being a joy to watch and the most improved dancer.

During the final, Motsi told Rose: “This is a person who’s shown us we are capable of doing anything we set our mind to and that was your space too.”

However, viewers noticed Motsi looked disappointed with the result when Rose and Giovanni were announced as winners.

Taking to Twitter, one viewer said: “Motsi’s face when Rose was announced the winner reminds me of all 4 judges faces when Jay McGuiness won in 2015, barely concealed dislike for the result #Strictly #Strictly2021 #StrictlyComeDancing #SCD2021”

Another wrote: “#Strictly congratulations to Rose and Giovanni. Motsi’s face as the result was announced priceless, not a happy bunny.”

A third penned: “Motsi is a friend of Johannes. However, ultimately she is a judge on Strictly and needed to remain impartial. Tell that to Motsi’s face!!!”

Motsi took to Twitter to react to claims of being unhappy with the result.

She wrote: “Even after such an emotional and fantastic final people still will find a way for hate! Imagine sitting in the living room and interpreting this?

“It’s a shame! Thank you for all the love and support I received, they override this comment by the thousands.”

Meanwhile, bosses are said to be keen on making the 27-year-old a “poster girl” for the channel, and are planning a documentary about her life and career in the New Year.

It comes after The Sun told this week how TV chiefs are also keen to cast her in an upcoming drama.

A source said last night: “The sky is the limit for Rose, regardless of the result.

“BBC bosses have been blown away by how she has conducted herself.

“She is incredibly inspirational to everyone — not just the deaf community — and has won people over with her charm and courage.

“This could be the start of some very big things for Rose.”