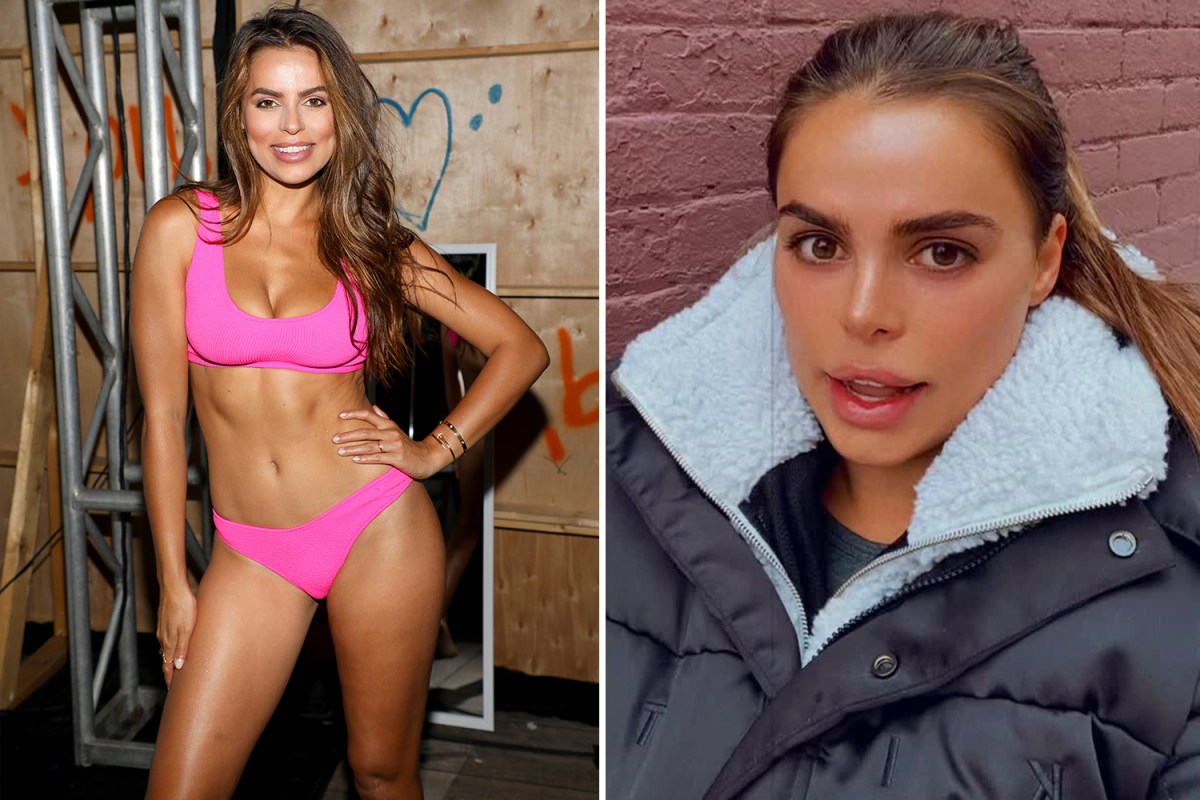 A SPORTS Illustrated swimsuit model has told how a stalker planted an Apple AirTag on her and followed her for FIVE HOURS to her home.

Brooks Nader, 26, had been out at a bar in TriBeca, New York City when she had the “scariest moment” of her life on Wednesday night

Without her realising someone had slipped an Apple tracking device into her coat pocket – and she only found out when she received a notification on her phone.

She shared a screenshot of the notification to Instagram. It said: “Unknown accessory detected.

“This item has been moving with you for a while. The owner can see its location.”

The model asked followers: “I never share stuff like this but what the F does this mean?

“This ‘device’ followed me for the last five hours to every location and there was no one in my ‘network.’

The fashion star later learned that the “item” was an Apple AirTag – a device meant to keep track of keys and other personal items via Bluetooth.

The small round devices can attach to items like your keys or bag so you can track them down with your phone if you lose them.

But Brooks is now warning how the device could be used in much more sinister ways.

She said: “@Apple, did you take into consideration the danger and potentially fatal consequences this device has?

“Ladies, check your bag, coat, pockets, and surroundings. Disturbed isn’t even the word.”

Speaking to Mail Online she told exactly what happened on her night out at the bar.

She said: “Basically my coat was on the barstool at the Odeon in TriBeCa, which was my first location.

“I went to bathroom left my coat on the chair and that’s when I think someone slipped it in. They then followed me for five hours all the way home.”

What is an Apple AirTag?

The small round devices can attach to items like your keys or bag so you can track them down with your phone if you lose them.

AirTags work with the Find My app that’s already on your iPhone.

The Apple website explains: “Each round AirTag is small and lightweight, features precision-etched polished stainless steel, and is IP67 water- and dust-resistant.

“A built-in speaker plays sounds to help locate AirTag, while a removable cover makes it easy for users to replace the battery.

“AirTag features the same magical setup experience as AirPods — just bring AirTag close to iPhone and it will connect.

“Users can assign AirTag to an item and name it with a default like ‘Keys’ or ‘Jacket,’ or provide a custom name of their choosing.”

Once you’ve set up an AirTag you’ll be able to find it in the new Items tab of the Find My app.

Here you’ll be able to click an AirTag that’s associated with your missing item and see its current or last known location on a map.

However, concerns have been raised about people putting one of the small AirTags on someone without them knowing and then using it to track them.

She added: “I hope that my story can help raise awareness and encourage ladies to look out for this notification and keep their belongings close, especially when out and about.

“I never thought anything like this could happen to me and it did. If this does happen to you and you find an AirTag, immediately call the police and Apple to track the serial number back to the perpetrator.”

She said: “Another side note for my ladies, I learned my lesson the hard way.

“If you’re going to post at a restaurant, drinking with your girlfriends, working out, whatever you’re doing — if it has a location that’s obvious or geotagged, wait until you leave to post it.

“I have made that mistake so many times and it’s very easily avoidable. Just wait until you’re home or you’re walking home or whatever until you post that.”

Apple has built technology into the round devices to warn alleged victims – including alarms and messages – about suspicious AirTag users, the Washington Post reports.

Kaiann Drance, Apple vice president of iPhone marketing, told the outlet: “These are an industry-first, strong set of proactive deterrents.”

The tech giant also revealed it is working on an Android app that will make it easier to detect if someone is stalking you via an AirTag, according to The Verge,