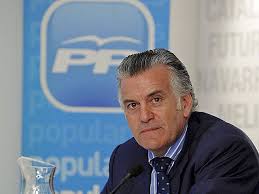 SPAIN’S National court has handed down a two-year prison term to the former treasurer of Spain’s conservative party for using illicit funds to pay for a renovation of the party’s headquarters.

The ruling issued on Thursday said it could not be determined whether party leaders had been complicit in the actions of Luis Barcenas, the man who controlled the PP’s finances between 1990 and 2008.

But it ruled the PP was guilty of dodging €123,669 in corporate taxes by failing to declare the more than 1 million euro cash payment that went into the redesign of the offices on Calle Genoa in central Madrid.

An earlier trial had exposed the extent of a far-reaching graft scandal at the heart of the Popular Party masterminded by Barcenas who was convicted and given a 29-year jail sentence.

The latest case was an attempt to determine if renovation of Popular Party headquarters had been paid for through the slush fund.

The ruling determined that indeed the payment was made “outside of the billing and official accounting” and that the deal was “not declared to the Public Treasury.”

Bárcenas was also ordered to pay a fine of €1.2 million. It also sentenced he to 29 years in prison.

Two partners at the architectural firm who carried out the renovation were also found guilty of tax evasion and sentenced to 2 years and 9 months behind bars.

The trial had heard testimony from former prime ministers, José María Aznar and Mariano Rajoy who denied having had any knowledge of the slush fund.

But the scandal cost Rajoy his job when he was ousted from office in 2018 in a vote of no confidence after revelations of the party’s kickback scheme.