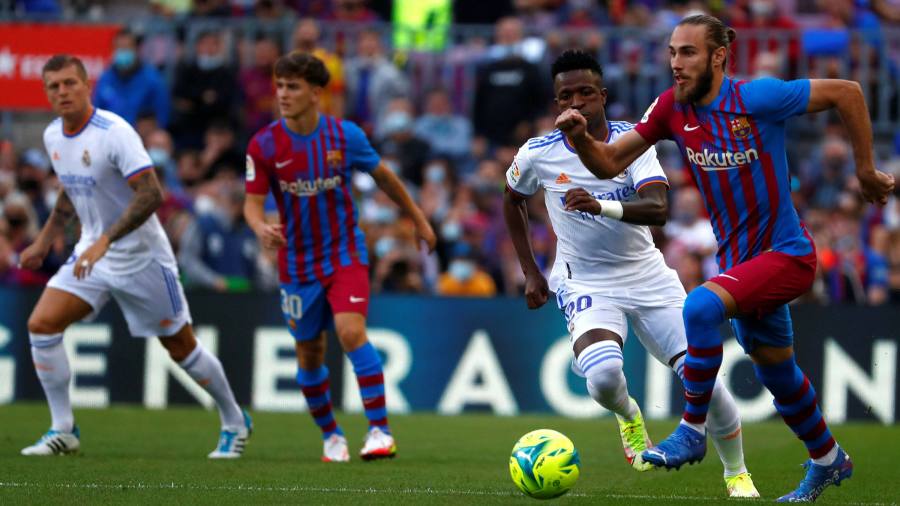 La Liga, which runs the top two divisions of professional football in Spain, said on Friday that 37 of 42 clubs backed the deal with CVC, which hands the firm a slice of La Liga’s revenues over the next 50 years in exchange for an immediate injection of funds.

The first €400m instalment is expected to reach clubs within weeks, a boon for a football league whose finances have been hit by the pandemic. Four teams voted against the deal and another abstained.

“I am confident it will be a watershed positive moment for these clubs,” said Javier Tebas, La Liga president. “It will mean they will be able to improve their infrastructures for fans to enjoy, develop their international brand and collectively take giant steps to continue improving this league’s stature around the world.”

CVC will invest €2bn to partner with La Liga, through its company LOARRE, which will be entitled to 8.2 per cent of the Spanish league’s “commercial profits” — meaning its revenues, minus costs from setting up a new commercial entity — for the next 50 years.

Those clubs that did not participate will not gain any CVC funding, but will also keep a full share of all future La Liga revenues without having to give up any cash to the private equity fund. After winning approval from the country’s clubs, the deal is expected to be signed this weekend.

It is a significant victory for Tebas over Real boss Florentino Pérez, the construction tycoon, and Joan Laporta, Barcelona president, who had backed an alternative deal they had drawn up with Spanish advisory group Key Capital.

Just days before the vote, Real Madrid and Barcelona, the country’s two most successful clubs, teamed up with Athletic Bilbao to offer an alternative financing package that they argued would potentially be €12bn cheaper for clubs than CVC’s offer over the long term. But the deal received little traction from other Spanish clubs.

Real and Barca have maintained that La Liga’s deal is economically unattractive because it involves handing over a slice of the league’s broadcast and media rights to CVC in order to obtain money upfront.

Intense rivals on the pitch, the two clubs have argued that the Luxembourg-based buyout group stands to profit handsomely from the agreement. It is a view shared by the Royal Spanish Football Federation, the domestic governing body.

However, La Liga has insisted that CVC has the pedigree and knowhow to help the competition close the commercial gap with the English Premier League, the biggest domestic football division by revenue.

CVC has a long history in sports, spanning Formula One and Moto GP motor racing series, as well as recent investments in rugby, cricket and volleyball.

La Liga clubs’ revenues dropped 8 per cent to €3.1bn in the 2019-20 season, according to consultancy Deloitte, while its English rivals generated €5.1bn.

Roughly 70 per cent of the CVC injection is earmarked for spending on infrastructure investment, brand and product development, communications, technology and digital content, with the remainder available to spend on players and debt refinancing.

Scoreboard is the Financial Times’ new must-read weekly briefing on the business of sport, where you’ll find the best analysis of financial issues affecting clubs, franchises, owners, investors and media groups across the global industry. Sign up here.