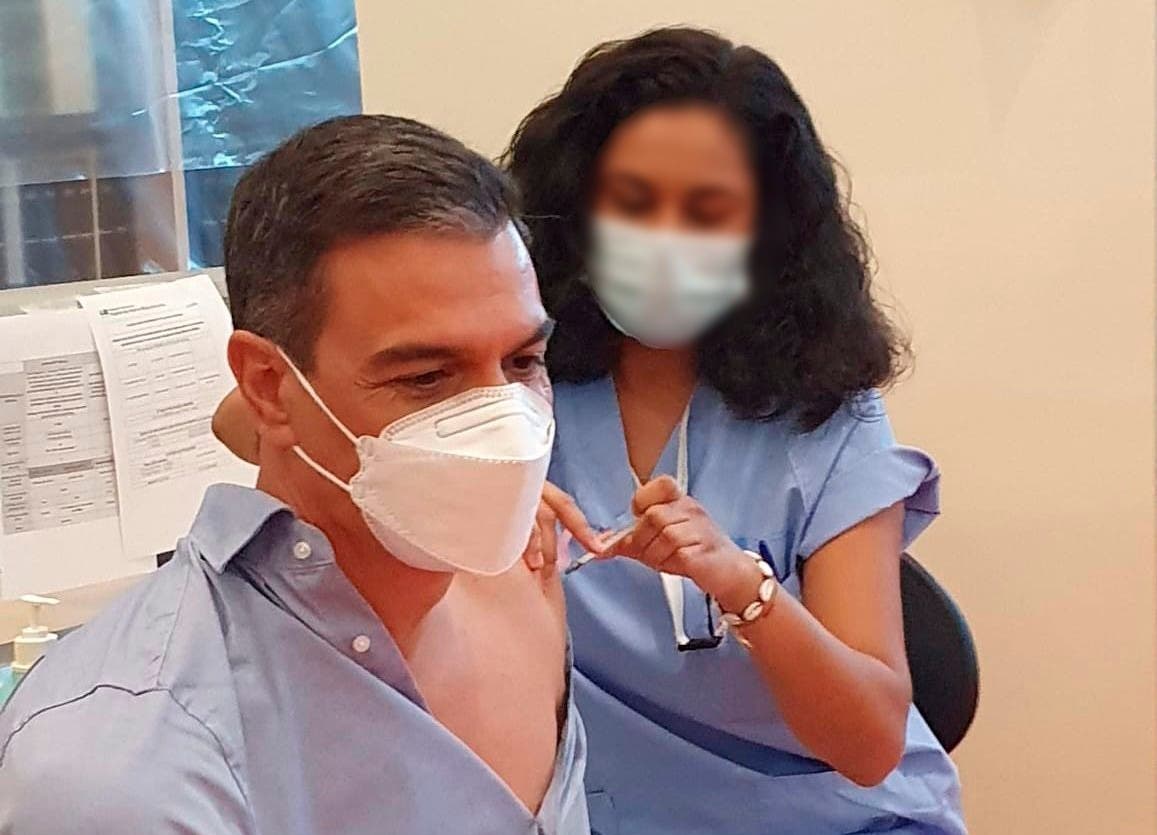 SPAIN’S Prime Minister released a photograph showing him receiving a booster dose of the vaccine which everyone over 40 years old is now eligible for.

Pedro Sanchez, who turns 50 in February, was jabbed at Madrid’s Puerta de Hierro hospital, the same place where he received the first two doses of the vaccine last summer.

“This afternoon I received the third dose of #VacunaCOVID19 at the Puerta de Hierro Hospital. My thanks to all the health personnel who continue to take care of us and who make Spain a world example in vaccination,” he wrote in a tweet.

“Vaccines and prudence are the best way to fight the virus,” he said encouraging everyone in Spain who is eligible for a booster to make an appointment.

Spain has seen infections sky rocket over the festive season with the latest data published on Friday showing that the 14-day COVID-19 infection rate rose by 148 points to 2,722 cases per 100,000 people. This was a huge rise from the 2,574 on Wednesday when the last figures were released before a public holiday on Thursday.