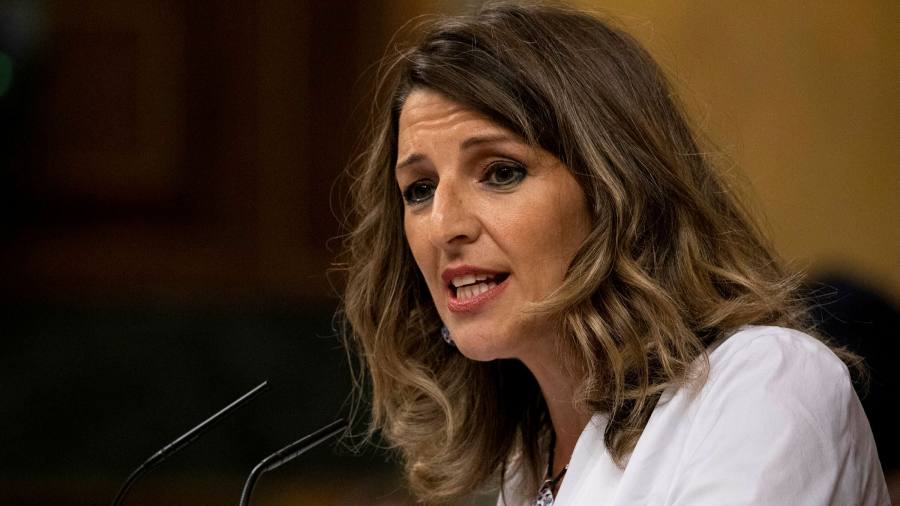 Spain’s leftwing government has reached a deal with employers and trade unions on labour reforms, ending months of tough negotiations and meeting the end-of-year deadline set by Brussels for it to receive the next tranche of EU funds.

“We have met our commitment to agree in 2021 on new labour legislation that restores workers’ rights,” Yolanda Díaz, Spain’s communist employment minister, said on Twitter. “This is the beginning of the end of labour market anomalies involving temporary and precarious work.”

The European Commission had set Madrid a deadline of December 31 for reaching an agreement on the reforms as a condition for Spain to access €70bn of grants under the bloc’s coronavirus recovery plan. The next instalment of €14bn is due in the first quarter of 2022.

A key provision of the pact that set up Spain’s leftwing coalition government last year was to scrap labour reforms passed in 2012 by the then conservative government. Under the 2012 reforms, severance pay had been cut and trade union negotiating powers had been limited.

The government has argued that those changes are unfair to workers, especially considering Spain’s high level of unemployment. Spain has a jobless rate of more than 14 per cent and a quarter of employees are on temporary contracts.

Under the new agreement, companies will maintain the right to flexible working hours, but wages will be set by sectoral, not business-wide, agreements, restoring bargaining power to trade unions.

The CEOE, Spain’s main employers’ organisation, said the agreement “consolidates the current legislation that has enabled companies to increase their productivity and competitiveness”. It said the deal maintained the regulatory flexibility that allowed them to adapt to changing conditions.

Critics of the new reforms had argued the 2012 legislation had helped Spain exit the deep recession that followed the European financial crisis.

Under the new legislation, the improper use of temporary contracts will be penalised with fines and social security penalties. A furlough scheme introduced to soften the impact of the coronavirus pandemic on workers is also to be made permanent.

“This is the first labour reform made since Spain became a democracy that restores workers’ rights,” said Mariano Hoya, deputy secretary-general of the UGT trade union confederation.