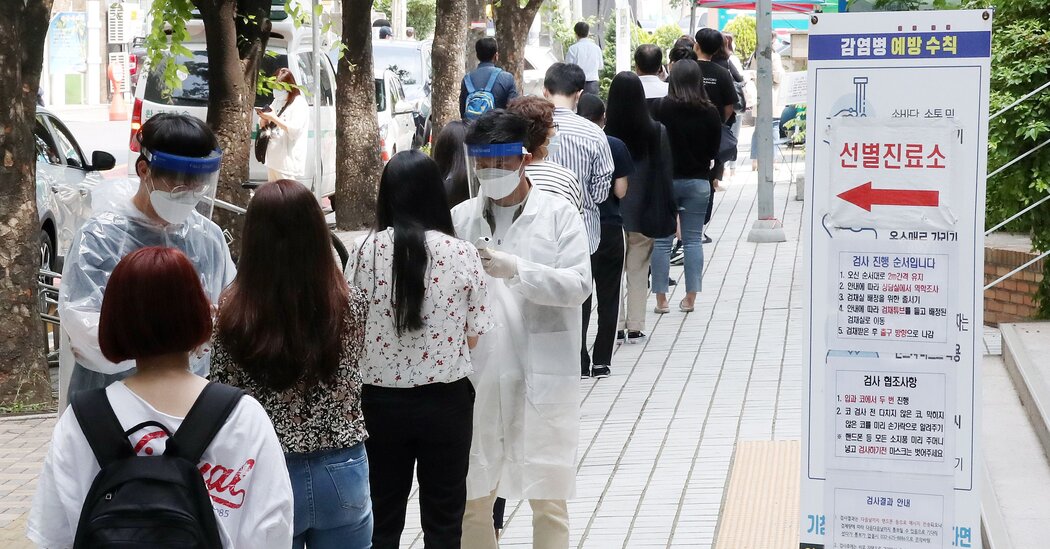 A city in South Korea plans to test a system that uses facial recognition technology and data from over 10,000 surveillance cameras to track people infected with the ˜.

The system will be tested in January in Bucheon, a metropolitan area of 800,000 people on the edge of Seoul, the country’s capital. City officials hope the system can help trace the recent movements of people who tested positive for the coronavirus, their interactions with other people and whether masks were worn.

Bucheon is not the first city to explore the use of facial recognition as it tries to cope with the heavy demands on labor and resources that contact tracing often entails. Moscow has used the technology to check if people placed under quarantine have tried to leave their homes.

The details of the system being tested in South Korea were outlined in a proposal by the city of Bucheon that was approved in February by the federal Ministry of Science and Information and Communications Technology.

Facial recognition has its limitations. The technology has struggled to identify people whose faces are blocked by masks. The huge amount of data required to identify individuals in large populations had also stymied engineers. To make such a system work, authorities must generally have a large database of citizens’ photos for the technology to draw on, raising privacy concerns.

The Bucheon plan seeks to address such concerns, though details are limited. A person’s consent must be obtained before the system may access his or her information, the proposal said, and the data would be provided only to quarantine authorities. It was not clear whether the system would pull on a broad database of photos of citizens, or just a local one.

South Korea, where 81 percent of the population is fully vaccinated according to Our World in Data, has had a steady increase in daily new cases over the past few months, going from the 1,000s in October to a record of 7,174 last Wednesday.

The country, which had originally rolled out a plan to “live with Covid” in November, has reinstated some social distancing regulations, including a cap on social gatherings and mandatory quarantine for inbound travelers until Thursday.