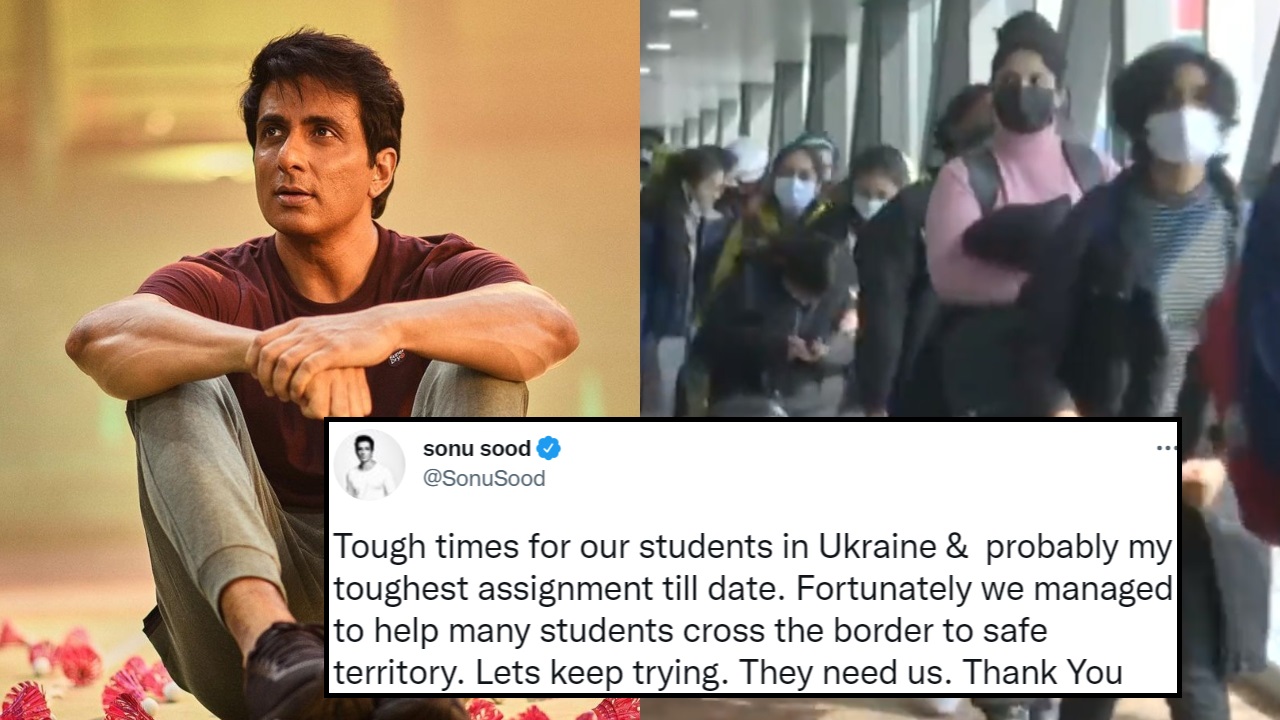 We all are aware of how Sonu Sood stepped up to help those in need during the onset of the coronavirus pandemic when the entire country was under a lockdown. He sent migrant workers back to their hometowns, arranged for jobs for the jobless, built schools, and what not.

The foundation teamed up with Ukraine’s neighbouring countries and tried to figure out alternate routes to help the students reach a secure location along with the arrangement of transport for them. So far, Sonu Sood has helped over 300 students.

“They have teamed up with local Indian bodies in Poland and are sending taxis to take Indian students to the airport,” a source told the leading daily.

Sonu Sood revealed that after sending the taxis to the students, they were taken to the railway station in Kharkiv. From there, they travelled to a safer location in Lviv where buses were already arranged to ferry them to the Polish border.

Tough times for our students in Ukraine & probably my toughest assignment till date. Fortunately we managed to help many students cross the border to safe territory. Lets keep trying. They need us. Thank You @eoiromania🇮🇳 @IndiaInPoland @meaindia for your prompt help.
Jai Hind🇮🇳 https://t.co/q9oJ428pHu

A student posted a video on Twitter and said, “We were stuck in Kyiv and it was Sonu Sood sir and his team who helped us to get out. With their help, we are heading to Lviv which is a safer place and from there we will reach India.”

That’s my job.
I am glad that I was able to do my bit,
Big thank you to Government of India for all the support.
Jai hind 🇮🇳 https://t.co/KWhf7R4pP9

Another student named Charu claimed, “I am leaving Kyiv. Sonu Sood sir helped us at the right time. In some time, we will reach Lviv and from there we will cross the Poland border by tonight. Thank you so much, they are giving us hope.”

Here’s a look at more videos shared by students:

It’s so nice to see our Real Hero @sonusood helping hundreds of students stuck in Ukraine to cross borders and reach safe places. Heroes like him keep the faith in humanity alive. #Indiansinukraine pic.twitter.com/cmKLZhMsyY

Kudos to Sood for helping these students!