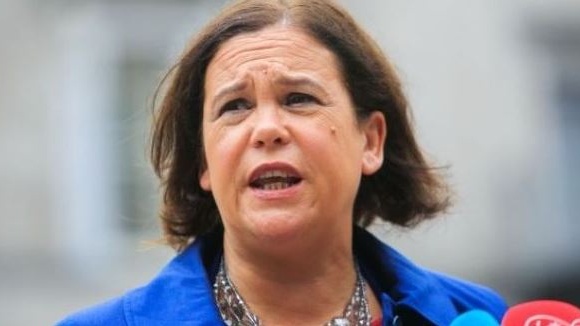 Sinn Féin is on the cusp of effectively dropping its opposition to the Special Criminal Court (SCC) with the party due to debate a leadership motion on the proposal at its Ard Fheis on Saturday.

It was previously used during the Troubles to prosecute members of the Provisional IRA with a significant number jailed.

Due to the nature of its powers, the legislation underpinning it – the Offences Against the State Act – must be reviewed annually by the Dáil and Seanad.

Sinn Féin has traditionally opposed this legislation and has been persistently critical of the use of the SCC.

Tomorrow’s Ard Fheis motion, tabled by the party’s Ard Comhairle, includes criticisms of the SCC in relation to civil liberties and outlines the need for the law in relation to it to be modernised but also acknowledges that non-jury courts may be needed in “exceptional circumstances”.

As recently as the 2016 the party’s election manifesto committed to abolishing the court and repealing the Offences Against the State Act.

Sinn Féin’s policy to abstain came about during last year’s general election which was taking place against a backdrop of serious gang violence in Drogheda. The SCC became an issue in the campaign.

Party leader Mary Lou McDonald said that the court was “not unproblematic” but Sinn Féin stepped back from its full opposition to the court saying it should be reviewed.

An independent review group, chaired by former Court of Appeal judge Michael Peart, is examining all aspects of of the Offences Against the State Acts.

Last year Sinn Féin TDs abstained in the Dáil vote on the legislation for the first time.

There was controversy during this year’s Dáil vote on the extending the powers of the SCC.

Sinn Féin TDs left the Dáil chamber before votes on the legislation.

This prompted accusations from Government TDs that Sinn Féin had staged “a walkout”.

Sinn Féin TD Maurice Quinlivan later said that “in hindsight” members of his party should have recorded their abstention in a Dáil vote.

However, he insisted it would have “made no difference” as the party was abstaining anyway.

A Sinn Féin spokesman said the Ard Fheis motion is “a significant move by the party leadership.”

He said that if passed it will “see Sinn Féin in government commit to the option for a non-jury courts where required in exceptional circumstances where a normal jury process could not proceed due to fears of intimidation or interference.”

He said that Sinn Féin called for a review of emergency powers and the operation of the SCC during the last election, this was agreed to, and the review team is due to report next spring.

Sinn Féin is said to have made a detailed submission to the review and “this is reflected in the motion before the Ard Fheis”.

He added: “It makes clear the sort of robust criminal justice system which we believe is required to tackle the scourge of criminal gangs and which a Sinn Féin government would seek to put in place.”

If passed, the motion would see the Ard Fheis agree with the Irish Council for Civil Liberties (ICCL) and other human rights bodies “that the Special Criminal Court as currently constituted has no place in a modern criminal justice system”.

It says the 80-year-old Offences Against the State Acts are “an archaic and outdated legal framework that is incapable of tackling 21st century serious organised crime”.

The motion condemns “serious and drug related organised crime and the damage it causes and fear that it instils in communities”.

It claims these communities have been “abandoned by successive governments”.

It says that “all courts should be integrated into a single reformed modern criminal justice system and the court system should include provision for jury trials, anonymising jury trials, the use of video link for juries or granting special protection for juries where these are demonstrated to be necessary”.

It notes that the UN Human Rights committee has stated that “the trying of civilians by such courts should be very exceptional”.

The motion also says that any proposal for the use of non-jury courts must be: “compliant with international human rights standards;

“Set a high bar on the exceptional circumstances to be met;

“Be subject to judicial oversight;

“Involve independent human rights oversight to protect the integrity of the process and the human rights of any person tried before such a court”.