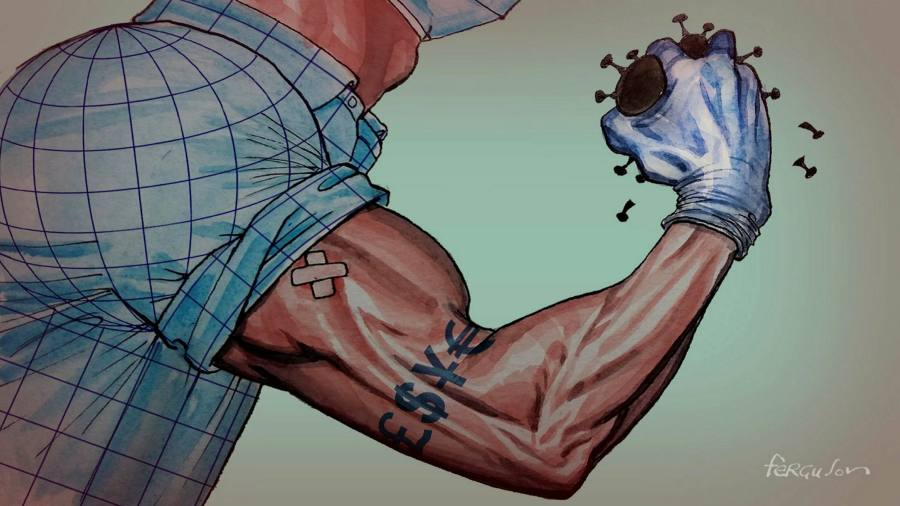 If one word captures the main economic takeaway from the pandemic, it is surely “shortages”. From March 2020 on, our global economic system seems to have failed us over and over again: first unable to supply the requisite amount of personal protective equipment, then vaccine manufacturing inputs, the vaccines themselves, commodities and raw materials, semiconductors, and the host of durable goods that depend on them, and most recently energy.

The economic consequence — inflation — has come harder and faster than most people expected, but not as hard and fast as the political conclusions many observers and leaders saw fit to deduce: that neither globalisation nor capitalism is fit for purpose. Globalisation, because it eroded national control over the supply of vital goods. Capitalism, because private companies designed their production for “just in time” rather than “just in case” considerations, prioritising efficiency in normal times over resilience in extraordinary ones.

These judgments were touted loudly early in the pandemic, and have inspired policy ever since. All the big economic powers, and many smaller ones, have acted to bend globalised capitalist production patterns towards forms more within the reach of national authorities.

There may be a case for such a policy turn, but the main factual premise of the new resilience-cum-autonomy doctrine is false. The pandemic put capitalist globalisation to the test, with sudden and enormous surges in demand, and it passed with flying colours.

Take durable goods. Headlines about shortages are the only thing that seem in ample supply, and everyone is experiencing delays in obtaining items, such as cars, that could previously be had with instant gratification. But the actual supply of durable goods is at record highs. Since the summer of last year, American consumers have been obtaining them in volumes much larger than the pre-pandemic trend. Many EU economies, including Germany, Italy and the Netherlands, have also matched or exceeded 2019 levels of durable goods consumption.

What about semiconductors? In a short paper published a month ago, Daniel Rees and Phurichai Rungcharoenkitkul of the Bank for International Settlements showed that semiconductor exports from Taiwan and Korea in 2020 exceeded the volumes recorded in 2019, and 2021 exceeded 2020. Exports currently appear to be running at a good 30 per cent above two years ago. The BIS’s Hyun Song Shin has added that semiconductor sales in the US are much higher than in the years before the pandemic.

The same point holds for the goods most relevant to the pandemic itself. Recall that the panic around personal protective equipment supplies, real as it was, dissipated within a month or so. The EU’s imports of test kits and protective garments grew by 20 and 40 per cent, respectively.

And vaccines? There is much to criticise about rich countries’ hoarding of Covid-19 vaccines when they were in scarce supply. But that is yesterday’s problem. Analysts estimate that vaccine makers are already producing more than 1bn doses a month.

In sum: shortages? What shortages? Of course, even these remarkable increases have not always been enough to satisfy soaring demand. But far from failing us, the globalised capitalist production system has delivered, ramping up supplies in record time in response to one unexpected demand surge after another.

So when we complain about shortages, we are really complaining that the ramp-up wasn’t faster and smoother still. We are oblivious to how much we take for granted that sudden, unpredicted, demand is satisfied instantaneously with no noticeable disruption. That goes to show how thoroughly we have internalised the global market’s ability to do just that. Capitalist globalisation is suffering the reputational consequences of its own success.

There are obvious qualifications to make. Producing enough for all to share does not ensure that everyone does get a share: fair distribution is not one of capitalism’s strengths. Governments have helped co-ordinate, not to mention pay for, production capacity — well-regulated markets work best. And there is no doubt a role for policy to ensure that even short-term disruptions — such as to PPE supplies in a pandemic — do not happen.

But with due regard to those caveats, what other social organisation of economic production does anyone think could respond as well to the seesawing global demand patterns of the last 21 months?

There is no reason to think renationalised supply chains — rolling back globalisation — could scale up production any faster than our current system. And why should we expect a significantly more state-directed production system — rolling back capitalism — to be either fairer or more resilient, given states’ failure to ensure adequate stockpiles “just in case” or distribute vaccines fairly across the world?

At best we can hope to tweak globalised capitalism at the margins to make it do even better. By all means, invest in stockpiles or require firms to diversify, explaining to taxpayers the insurance rationale for the added cost — but minimise it by sourcing from global markets in good times. Boost public and private investment and consider repatriating where national security requires domestic control. But on the whole, the pandemic’s lesson for global supply chain policy is to leave well alone.