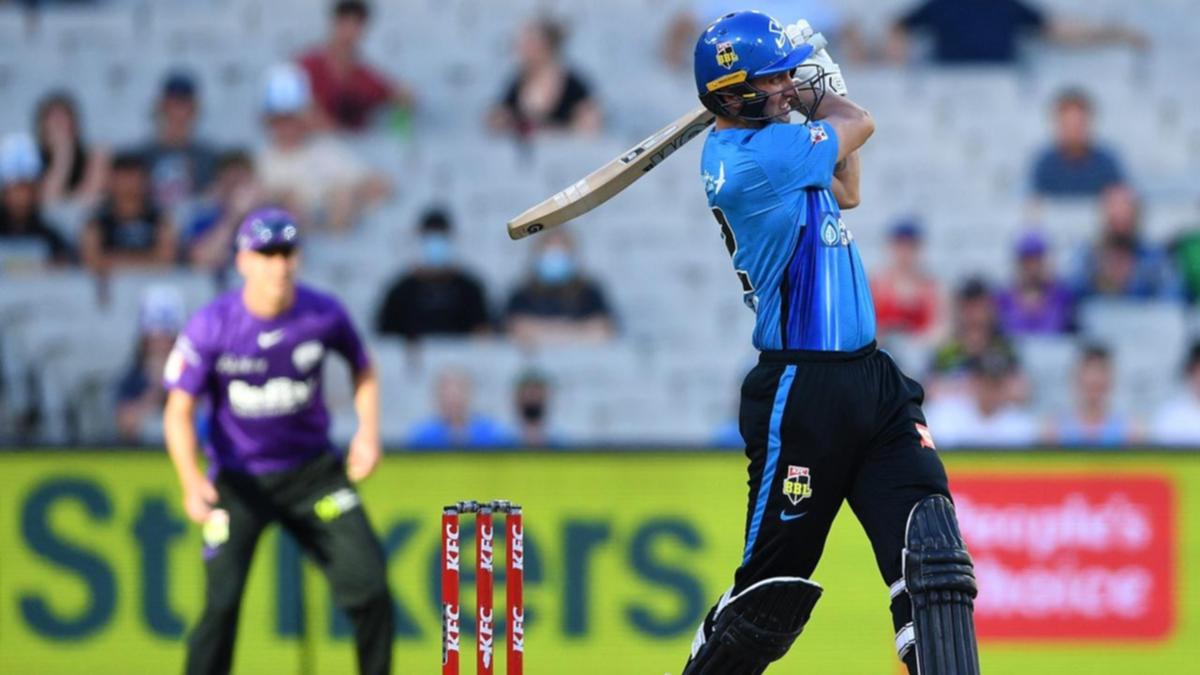 Matt Short’s highest Twenty20 score and Alex Carey’s dynamic return to the BBL have propelled the Adelaide Strikers to 6-188 against the Hobart Hurricanes in the elimination final at the MCG.

Short (89) enjoyed a wonderful return from a quad injury, while Carey (67) made a seamless transition to the shortest form after playing in Australia’s recent 4-0 Test success against England.

The pair combined for 145 for the first wicket – the second-best partnership in Strikers history – as the Hurricanes bowlers were put to the sword for the second time in three days, following Wednesday’s record-breaking mauling by the Melbourne Stars.

Hobart’s attack looked considerably stronger with the inclusion of Ashes hero Scott Boland and fellow speedsters Riley Meredith and Tom Rogers, but the ‘Canes let themselves down repeatedly with shoddy fielding.

Rogers dropped a sitter when Carey was on 15 and the Strikers gloveman was reprieved twice more in his elegant knock.

Short took a backseat to Carey before taking control.

On 57, he was awarded a six when he slog-swept D’Arcy Short’s googly over long-on where Caleb Jewell leapt for an athletic one-handed catch but, sliding with momentum, his outstretched right hand touched the boundary cushion.

The Strikers looked on track for well in excess of 200 before the Hurricanes fought back late, through Meredith (2-37) and Rogers (2-37).

Ashes hero Travis Head, in-form Ian Cockbain, Matt Renshaw and Thomas Kelly all holed out in single digits as the Strikers lost 6-39 to give the Hurricanes some momentum at the halfway stage.