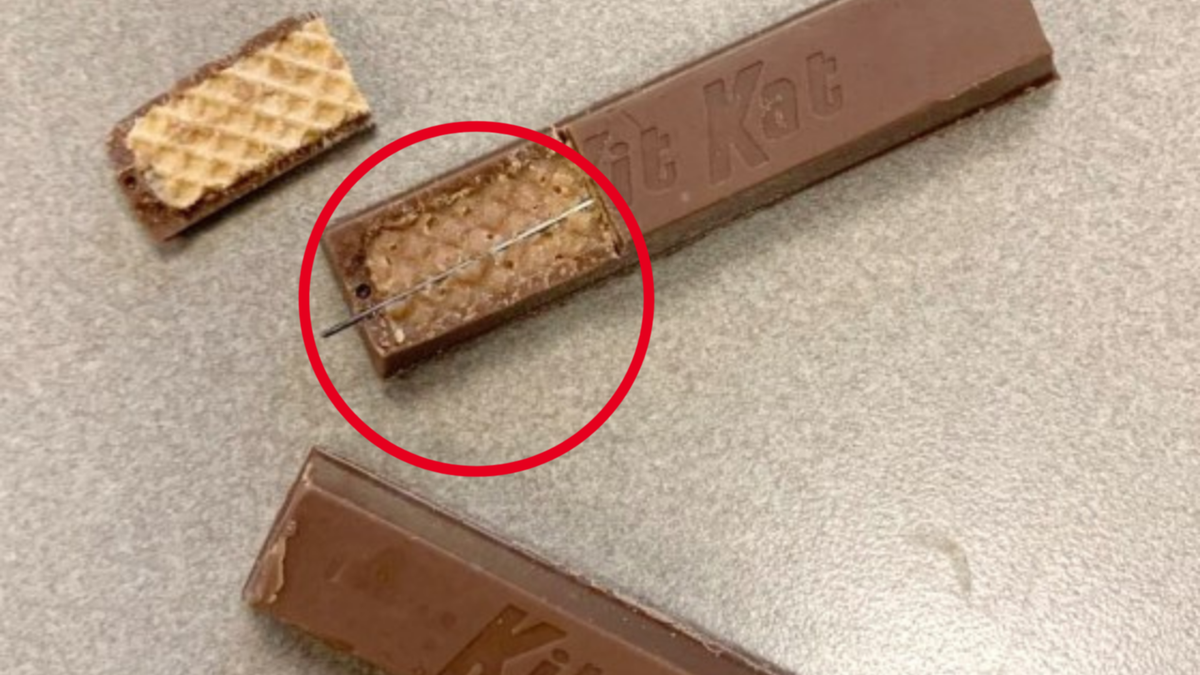 Police in Fostoria, Ohio, are alerting parents to possible “tampered candy” after they say a sewing needle was discovered inside a piece of a Kit Kat candy bar and a package of Sour Patch Kids handed out during the city’s trick-or-treating event on Saturday night.

The Fostoria Police Department’s Facebook page posted a photo Sunday of an unwrapped Kit Kat with a needle protruding from the inside of the chocolate bar.

In a follow-up news release posted later Sunday to its Facebook page, Fostoria police said two pieces of candy were now involved and the specific streets where the candies came from are still unknown.

“We’re trying to narrow down the routes that were taken by the children during their trick-or-treat,” Fostoria Police Chief Keith Loreno said.

The second candy in question was a pack of Sour Patch Kids, he said, which was discovered in a separate incident from the Kit Kat.

Nobody had been injured.

Police also said parents can bring candy they received during the trick-or-treating event to ProMedica Fostoria Community Hospital on Monday to have it X-rayed “for any potential metal objects.”

“We’re not trying to cause a lot of alarm, but it did cause us concern about the second one,” Loreno added.

“We haven’t had any more reports.