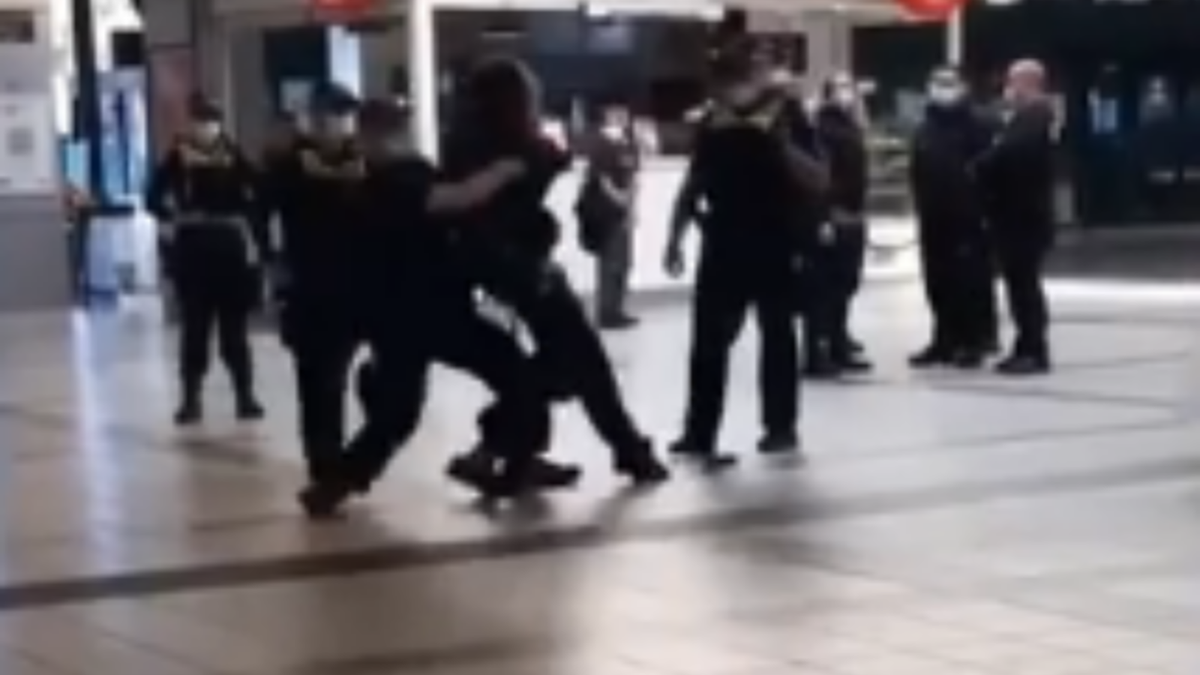 A senior constable has been charged with assault over an arrest incident at Melbourne’s Flinders Street Station.

In September of last year, a 12-second clip circulated on social media showing a man talking to officers at the station.

Another officer then approaches the man from behind and allegedly slams him into the ground.

An internal investigation was launched into the incident and four months later, a 36-year-old senior constable from southern metropolitan region has now been charged with recklessly cause injury, unlawful assault and common law assault.

He has been charged on summons to appear before court at a later date.

In September, Police Commissioner Shane Patton was asked about the video on Melbourne radio station 3AW.

He said it would be investigated “with an open mind”.