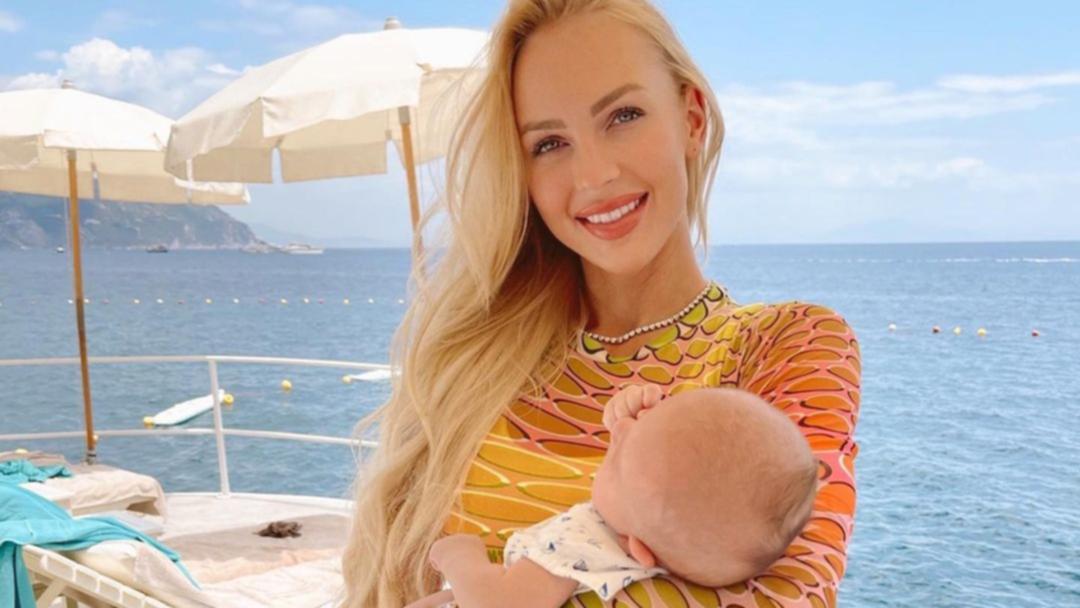 Even though season 4 of Selling Sunset has wrapped, the drama continues for Christine Quinn.

The 33-year-old realtor-turned-reality star welcomed her first child with husband Christian Richard in May.

The show’s latest season premiered on 24 November and fans were quick to make accusations doubting Christine’s pregnancy – a big storyline within the show’s plot.

It got so extreme that Christine called out a user by posting to Instagram a screenshot of a private message and called it “beyond f****** sick”.

“For all y’all still mad on pregnancy gate please go look at all my IG stories. And apologise. This is seriously so hurtful,” she wrote.

“Why did you fake your pregnancy? It’s totally ok to admit to having a surrogate but don’t set unrealistic expectations for PP moms when you didn’t even carry the baby yourself. It’s deceitful and a shame,” the comment that Christine shared said.

A particular scene within Selling Sunset led to much of the controversy and depicted Christine practicing yoga.

Within the show’s storyline, it was shown after she gave birth, shocking fans with how quickly it appeared she bounced back.

In another tweet, Christine addressed the yoga scene and accusations she did yoga soon after giving birth.

“[It was] edited wrong. I was pregnant in that scene,” the new mum said.