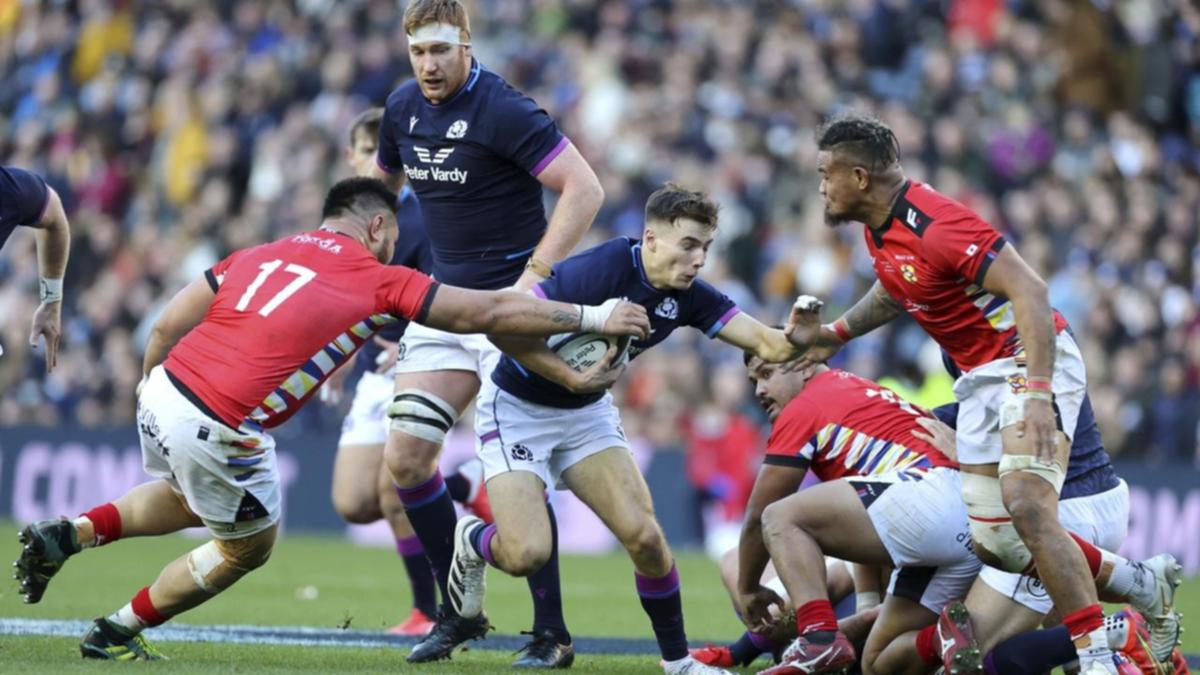 Gregor Townsend has warned Scotland will have to improve defensively when they take on Australia.

Townsend’s side notched an emphatic 60-14 victory over Tonga in their first of four Autumn Nations Series games at Murrayfield on Saturday.

However, the concession of three first-half penalties and a second-half try was a cautionary note for the Scotland head coach ahead of the visit of Australia on Sunday.

Dave Rennie’s Wallabies have scored an average of 30 points in each of their last five games, during which they beat both South Africa and Argentina twice and also Japan.

Townsend said: “Defensively we’ll have to be at our very best. Australia have shown they are a good attacking side and they are full of confidence.

“They’ve won five Test matches in a row and they’ve beaten the world champions twice, the number one team in the world.

“We set very high standards in our defence and at times (on Saturday) it wasn’t at those standards.

“We also have to see how quickly we can integrate the players who are going to come back into the team during the week.

“We’ve got an extra day to prepare which should help us but we know it’s going to be a massive challenge on Sunday.”

Townsend has some selection issues for Sunday with his 10 English-based players joining the pool along with Racing 92 fly-half Finn Russell and Sharks flanker Dylan Richardson.

Kyle Steyn marked his first start by becoming the first Scotland player to score four tries at Murrayfield while fellow winger McLean grabbed a double and Schoeman one.

Townsend said: “I think there are a few players who put their hands up for selection.

“Maybe people will think that scoring tries is a key element in selection but we’ll look at a number of other things.

“I thought that both wingers were very, very good, and we had a winger who started our last Test match in Paris at full-back (Darcy Graham), so it’s great to see three wingers pushing for places.

“We’ll have Duhan (van der Merwe) back available for us next week, and I believe he got two tries for Worcester.

“So there’s real strength in depth in that position, and in other positions throughout the team. Hopefully we’ll have no injuries and can select from a full squad.”